These brand new LEGO offerings not only include sets from the Star Wars films, but also from other spin-offs of the franchise, including hit TV shows The Mandalorian and The Clone Wars. Even Disney Parks’ Star Wars: Galaxy’s Edge is included.

https://t.co/NCoLkEIrQb shared a first look at some new #LegoStarWars sets, which feature minifigures and vehicles coming to LEGO Star Wars: The Skywalker Saga. Check out the new reveals at https://t.co/I6sG35TlOO pic.twitter.com/9BSHDJ1N9J

In anticipation of The Skywalker Saga

According to the announcement, the unveiling of the ten brand new LEGO Star Wars sets is done ahead of the release of LEGO Star Wars: The Skywalker Saga video game.

This action-adventure game is expected to be launched later this year on PC, Sony’s PlayStation 4, Microsoft’s Xbox One, and Nintendo’s Switch.

The Skywalker Saga is the follow-up to 2016’s LEGO Star Wars: The Force Awakens, and is the sixth game from TT Games’ LEGO Star Wars lineup of game titles.

Star Wars fans will be delighted to know that true to its title, The Skywalker Saga game will adapt all nine entries of the Skywalker films (from 1999’s Episode I: The Phantom Menace to last year’s Episode IX: The Rise of Skywalker).

Apart from the Skywalker films, the new LEGO Star Wars sets will also pay tribute to other Star Wars programs and characters.

The AAT itself is made up of more than 280 LEGO pieces, and even comes with opening hatches and enough interior space to load Battle Droids, mini-figures, a pair of spring-loaded guns, and a spinning turret equipped with a movable cannon. 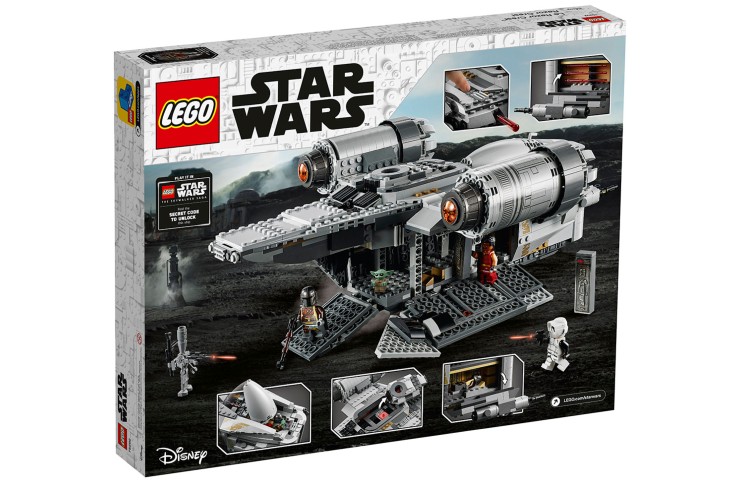 In homage to Disney Parks’ Star Wars: Galaxy’s Edge, LEGO also offers the Resistance I-TS Transport, which consists of a whopping 930-plus number of pieces, including four characters (Lieutenant Bek, Vi Moradi, an astromech droid, and a GNK power droid).

The I-TS Transport has four rotating blasters on the cockpit, as well as four stud shooters on the rear side.

For fans of The Mandalorian, they should have a blast with the Razor Crest set, which includes mini-figures for the Mandalorian himself, Greef Karga, Scout Troopers, and of course, Baby Yoda.

The bounty hunter’s armored shuttle offers more than a thousand LEGO pieces, with a cockpit that can fit two mini-figures, spring-loaded blasters, and even an escape pod.