It’s a new year and the crypto pundits have broken out their crystal balls to predict what lies ahead in 2020 for Bitcoin and crypto.

While John McAfee’s $1 million Bitcoin price prediction by the end of 2020 is currently looking pretty shaky (he’s 95% off today) other analysts have made some more informed calls.

We’ve rounded up some of the best predictions for the year ahead.

We won’t be focusing too much on price predictions (because they’re invariably wrong), but just for fun Alex Saunders from Nuggets News called on his community to predict crypto prices at the end of this year.

Closest for each will get plenty of sats & other special prizes 😃 📈📉❓

In a post published to Ripple’s blog, Ripple’s CEO predicts that “half of the top 20 biggest banks in the world will actively hold and trade digital assets in 2020.”

This is quite the call considering as far as the public is aware, none of the top 20 banks actually hold crypto. 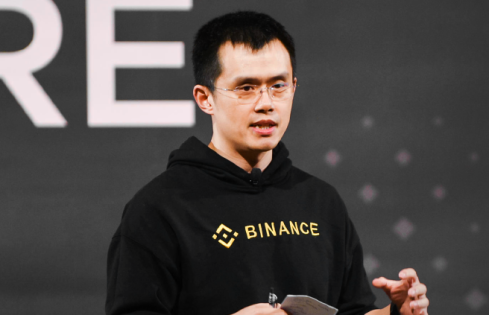 In a recent interview with Asian crypto research publication Global Coin Research, the Binance CEO says those institutional investors who were supposed to turn up in 2019 will finally get here. Better late than never.

“We are also seeing an increasing amount of interest from institutional players which also indicates a more bullish market in 2020,” he says.

It's a new year and the crypto pundits have broken out their crystal balls to predict what lies ahead in 2020 for Bitcoin and crypto. While John McAfee's $1 million Bitcoin price prediction by the end of 2020 is currently looking pretty shaky (he's 95% off today) other analysts have made some more i

Song tweeted a detailed list of predictions for the coming year including:

* Bitcoin dominance will be 75%+ at end of year
* Taproot will be activated without much controversy
* Bitcoin price will have a bottom to top difference of at least 100%
* Halving will be the big narrative
* Lots of altcoin delistings
* IEOs will lose steam
* Some coin will be 51% attacked and cause an exchange to lose lots of money. Coin will go down less than 20%.
* More coins will change to be merge mined with Bitcoin.

Morris tweeted today: “My main prediction for crypto in 2020: after years of confusion, the space finally and properly bifurcates into actual cypherpunks and whatever everyone else is doing.” Erm, OK.

6. Sylvain Saurel –  Author of In Bitcoin We Trust

In a Medium post Saurel tips a Bitcoin price of $50K by the end of the year, BTC dominance to grow past 80%, a major increase in transaction fees but also a big increase in adoption by merchants (which seem slightly contradictory…?) and suggests the Lightning Network won’t be ready for prime time this year.

Dimitrov makes some fairly conservative predictions in this article that seem likely to play out.

He suggests China will launch its own digital currency, a Bitcoin ETF won’t get approved this year, Facebook’s Libra will launch in a limited way and that Lightning Network adoption will grow.

The popular crypto Twitter financial analyst said he’d called it pretty close a year ago when he tipped Bitcoin would close around $7000.

“If #bitcoin bull narrative remains true (which I believe), we should see $BTC begin turn higher over next 2 months. Then a solid steady climb towards ATH’s by the end of 2020. Exceed in 2021.”

Bitcoin closing near the $7k area were my thoughts 12 months ago in my first video.

If #bitcoin bull narrative remains true (which I believe), we should see $BTC begin turn higher over next 2 months. Then a solid steady climb towards ATH's by the end of 2020. Exceed in 2021.

2020 will hopefully be the year that blockchains learn to talk to each other with the grown of interoperability Gold says.

“Usability will be a major advancement in 2020, fueled by increased interoperability across blockchains.

“Currently some blockchains do have the construct of metadata that can be utilised on the blockchain: ie, notes and other information about the transaction.

“But each blockchain handles it differently and some blockchains don’t have that at all. Efforts to standardise this will enhance wallet functionality that will spur mainstream adoption.”

Hussey took a slightly different approach to predictions, instead listing out Seven ideas that will change crypto in 2020.

Corporations will get in on the act too (J.P. Morgan Chase, Walmart, AirAsia, Mitsubishi, and Tencent are all in the process of exploring digital assets)

DeFi will come of age, blockchain tech will be shown off during the Olympics, something will happen around the Bitcoin Halving and Ethereum 2.0 (but he’s not sure what), and regulators will get their acts together.

And just for something different, the crypto prediction outfit Guesser came up with a few tongue in cheek predictions on Twitter today.

They’re suggesting that John McAfee will inaugurate his presidency by eating his d— on national TV, more than 100 people will actually use crypto for something other than trading, Metamask will finally be ready for a human to use, institutional investors will know what your shitcoin does and one person outside Ethereum will pay to attend DevCon.

‘Resident Evil 3 Remake’ Easter eggs you may have missed