Home Blockchain Cryptocurrency 104 merchants drop ‘worthless’ Bitcoin – but is it just a BCH...

A double spend attack on the Anypay crypto payment network saw it drop Bitcoin payments calling them ‘worthless’. But is it just a BCH stunt?

The Anypay retail crypto payment processing network has dropped Bitcoin as an option..

Co-founder of the New Hampshire crypto processor, Steven Zeiler said in a video announcement yesterday that BTC was “worthless for payments”, given transactions can be easily canceled.

The decision played out – or was performed depending on your point of view – in the comments section of a YouTube video. 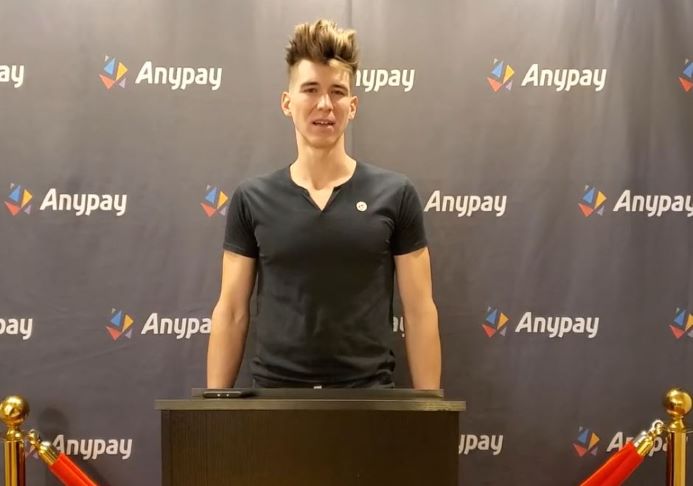 The exploit used Blue Wallet on iOS which has Replace By Fee enabled by default.

This meant Mercier could pay for goods at a merchant that accepts 0 confirmation payments using a low fee, then simply press a button to cancel the transaction (using a higher fee), while Anypay’s system still cites the transaction as ‘paid.

Mercier said he’d contacted Anypay: “I notified the PoS company Anyway before releasing this video and they immediately disabled BTC on their platform. As far as I know, no goods were stolen using this method.”

Zeiler commented below the video: “The good news is almost nobody uses BTC on Anypay! … BCH is #1 in payment volumes as of this month” and “Probably the best response is disabling BTC altogether.”

Bitcoin has accounted for 6% of transactions on the network, which processed a little more than 2000 payments across 104 active merchants in the last 90 days.

Dash has historically been the most popular payment, accounting for 74% of their all time spend, followed by Bitcoin Cash (19%). 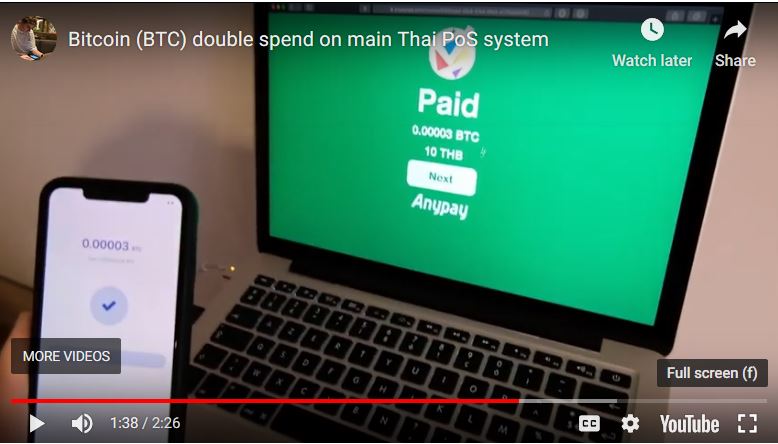 Bitcoin.com’s Roger Ver was among the first to comment, taking aim at RBF: “This used to be impossible on Bitcoin, but the “Core Developers” added this as a “feature”.

While the incident attracted a lot of attention from Bitcoin Cash supporters on Reddit, others weren’t so impressed with the “press conference to a completely empty room”.

Baconcheesburgian and others said it showed a failure of Anypay’s system rather than a fault with Bitcoin: “They failed to measure the risk and address the potential issues with using 0 confirmation transactions,” he wrote .

A similar double spend exploit is also technically possible on Bitcoin Cash, but more difficult and expensive than simply clicking a button.

The exploit was carried out by a BCH proponent in a Youtube video which immediately got Roger Ver’s attention. He was one of the first to comment.

It was then reported by Libertarian blogger Ian Freeman – whose Free Talk Live radio show is sponsored by Ver – and BCH fans immediately sent through to Micky.com.au as we’d broken the news of the first attack on TravelByBit.

It’s hardly a conspiracy, given how open they’ve been about it, but it does suggest some degree of coordination at least about publicising the event.