An Australian man allegedly behind a crypto Ponzi scheme that defrauded as many as 1500 people out of $14 million has been arrested by Indian police.

Australian citizen Harpreet Singh Sahni was arrested by Indian police a hotel near Delhi airport where he was about to board a flight to Dubai.

Sahni reportedly fled Sydney after the scheme collapsed at the end of last year and was planning on opening a business in Maharashtra with his profits.

A native of Shivpuri in Madhya Pradesh, Sahni migrated to Australia in 2007 and operated a security business in Sydney.

He was allegedly instrumental in setting up the Plus Gold Union Coin, a cryptocurrency and exchange-based Ponzi scheme.

PGUC used all of the right buzzwords, claiming to be a decentralised platform powered by the Script (POW/POS) algorithm with a unique, self-regulating financial system enabling users to earn coins through staking and mining.

However, it was just a high-tech sheen on the common multi-level marketing schemes that plague India.

Cryptocurrency users attracted by high returns are a prime target for scammers.

The main targets appear to have been Indian expats living in Australia, however, the scheme attracted close to 1500 investors from 22 countries including France, Germany, Indonesia, Japan, Sri Lanka, Bangladesh, Colombia, Finland, and Nigeria.

At least 25 investors from the Indian state of Madhya Pradesh lodged complaints about PGUC.

Promoted with glitzy seminars in Melbourne and Sydney

Sahni and his team promoted the ‘hybrid crypto’ PGUC as a get rich quick scheme with glitzy seminars in Melbourne and Sydney showing high returns with minimal risks.

They claimed to be a ‘European company with metal mining background’.

“Everything looked genuine… a nice website with our personal dashboard and presentations by the promoters that were slick and statistical graphs indicating projected growth,” said Rajiv Sharma, an Australian victim who claims to have invested $52,000 in the scheme, much of it in cash.

“We later found out that the presentations were plagiarised from another crypto.” 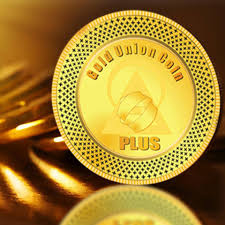 His parents mortgaged their farm in India and sent him $30,000 for the hospital bills, which he ploughed into the Ponzi scheme hoping for big returns.

“They even came to meet my wife at the hospital and said ‘Bhavesh bhai, your money will be doubled in three months and you can easily pay the hospital bill’,” he alleged.

Deepika Shinde, a member of the special team investigating this case, alleged that Sahni knew he was promoting a fake cryptocurrency.

“He was working with the people who started this scheme and knew as far back as December 2017 that PGUC was a fake currency. But he kept promoting it and received a part in the profit,” Shinde said.