Video games as an entertainment medium is a big hit now considering everyone is on lockdown. Contrary to popular belief, gamers are pretty sociable individuals and there are many games that keep them entertained.

Online games are all the rage now as it allows people to interact with others while staying at home. It’s a good time to jump into these cooperative and competitive titles as they can help make the lockdown period feel like a breeze.

From the makers of Titanfall, Apex Legends is a free-to-play battle royale for the PC, PlayStation 4, and Xbox One. Despite having to contend with genre staples like Fortnite and PUBG, the title was a clear standout when it launched unexpectedly last year.

Although cut from the same cloth, Apex Legends comes with a few unique features that set it apart from competitors. More specifically, the character-based system was a hit with fans as players can choose from a growing selection of “legends,” each with their own unique personality and abilities. 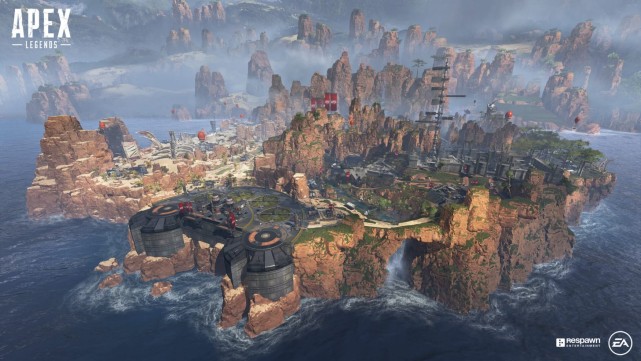 Blizzard’s hero-based competitive shooter launched way back in 2015 but it’s still one of the top multiplayer games to date. The game has a selection of 31 heroes to choose from with another one on the way.

Unlike other competitive shooters, Overwatch matches focus mainly on completing objectives. With Overwatch 2 on the way, now would be a good time to jump into this smash hit that spawned a new genre.

Call of Duty: Warzone launched for the PC, Xbox One, and PlayStation 4 last month and despite its young age, it has already amassed millions of players worldwide. Aside from being a free-to-play title for the PC and PlayStation 4, Warzone also assures that you’ll always have someone to play with as crossplay is enabled.

Warzone is another entry in the battle royale genre and this one pits teams of 3 against one another. It features a large map that caters to 150 other players so the action is always inevitable. It does come with a few unique features such as contracts and the thrilling Gulag. So, it’s a completely new battle royal experience even for genre veterans.

When it comes to MMORPGs, it seems like no other game can dethrone World of Warcraft‘s top spot just yet. With millions of players worldwide and hours upon hours of content to play, World of Warcraft is a grand adventure waiting to happen.

Whether players are new to the game, they’ll still enjoy it thanks to its thriving community and fair gameplay mechanics. In a lockdown, now would be a great time to catch up to the world of Azeroth.

These online multiplayer games are eating internet bandwidths worldwide for good reason. They’re fun, entertaining, but most importantly, they serve as a gateway to socialization in these trying times.