The first quarter of 2020 is nearly over and while a lot has already been happening in the cryptocurrency and blockchain industry, more trends are anticipated to emerge in the coming months that could have a positive impact on the market.

Here are four emerging trends in the cryptocurrency space to expect this year:

This is perhaps the most awaited event of this year for bitcoin (BTC) holders.

For those who do not know it yet, BTC halving – or “halvening” – simply means that the mining rewards will then be halved. So far, halving has only happened twice in Bitcoin’s history, and in both those instances, it demonstrated a remarkable change in valuation that surprised all but the most ardent naysayers.

If you are new to Bitcoin, here’s a bit of historical perspective: The first halving took place in November 2012. At the time, the price of one bitcoin was just US$11 [AU$17]. The following year, it climbed to an astonishing $1,100 before crashing to $220-$240 range.

In June 2017, however, Bitcoin began a parabolic rise that culminated in an all-time-high of near $20,000 in December of that same year. Like the increase following the first halving, this one was also followed by a prolonged crash.

With the next halving just a few months away, many people are wondering the same thing – will the 2020 halving have the same impact on the value of Bitcoin?

Riding the hype does not guarantee massive returns, of course, but judging from past performance, it would not come as a surprise if the price of Bitcoin broke climbs to new all-time highs. 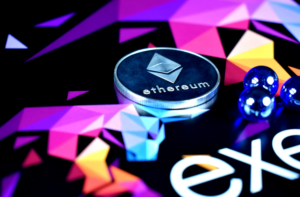 Attention towards BTC is not only attracting individual observers to the king coin. BTC’s popularity also shines a bright spotlight on other prominent crypto assets, or altcoins, like Ripple (XRP) and Ethereum (ETH).

Altcoins are now more and more developed to provide innovation in the way we do banking, money transfer, and even voting! It is expected that there will be a rise in the number of interested investors since the use cases of altcoins are expanding.

With the rise of decentralized exchanges, there comes an increased incentive for developers to improve the way transactions are done on the blockchain. And as we all know, when blockchain develops its capacity to handle an increasing number of users, adoption also scales alongside.

The interest in the global capital market is increasing, especially now that many countries all over the world are becoming more globalized.

The problem is that most people cannot take advantage of more lucrative investment opportunities due to either accredited investor status requirements or lack of income. In fact, a recent survey by JPMorgan Chase found that 42% of respondents stayed out of the stock market because they believe that they don’t have enough money to invest.

For these people, security token offerings (STOs) could potentially be a more accessible and affordable alternative. STOs are leveraged on the blockchain’s trustless, decentralized, and permissionless system and enable people, even those without much capital on-hand, to invest in global industries.

Greater awareness of the crypto industry

2020 could very well be the crypto industry’s coming of age. Growing acceptance from regulators in every part of the world means that more people than ever before will be able to access and benefit from cryptocurrencies.

More and more countries are recognizing cryptocurrencies as a medium of exchange, albeit under regulatory oversight. And blockchain, the underlying technology behind cryptocurrencies, is experiencing increased adoption as well – particularly in the remittance and shipping and logistics industries.

In addition, several countries, including China, Japan, and to a lesser extent the U.S., have been exploring the idea of launching their own central bank digital currencies (CBDCs).

Whether you like the idea of centralized digital currencies or not, the interest that they are generating is also shining a spotlight on cryptocurrencies in general – something that benefits the industry as a whole.