No less than five brand new LEGO Marvel Avengers sets will be released this summer, specifically by way of Target sometime next month.

As noted by Marvel, the most recent LEGO Marvel Avengers sets are directly inspired by the adventures, or misadventures, of the big-screen version of the Avengers, as seen on the Marvel Cinematic Universe films of the past decade or so.

Loki toying with an Infinity Gem

Fans of the first Avengers film released in 2012 might want to check out the LEGO Marvel Avengers Wrath of Loki Building Kit.

This set features the original movie lineup of the team, which includes Iron Man, Hulk, Thor, and Captain America.

Of course, fan-favorite baddie Loki is included in the set as well, along with the Tesseract Infinity Gem that he had stolen right from Nick Fury’s nose.

The set also comes with the Marvel Avengers Tower, which technically speaking, was the Stark Tower Complex, but you get the idea.

As for the Helicarrier set, it offers the famous Helicarrier built by S.H.I.E.L.D. and is populated by the usual gang, which includes Nick Fury himself, along with Tony Stark, Black Widow, Thor, and other characters.

The Helicarrier set also features plenty of accessories, such as sphere cannons, spinning rotor blades, and fighter jets. And lest we forget, M.O.D.O.K. is included in the set as the designated villain. 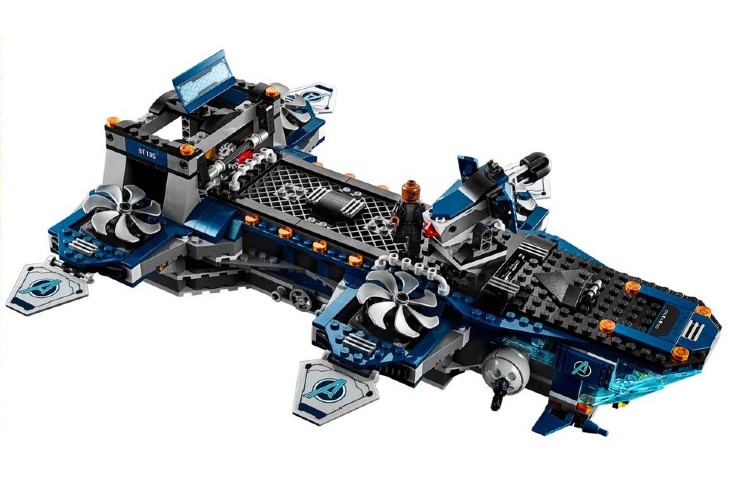 Bring out the Hulkbuster

Fans of Tony Stark’s souped-up armor-over-his-armor might be delighted to know that the LEGO Hulkbuster features movable arms and packs from additional weapons.

LEGO collectors can even choose to place the Rescue mini-figure inside the Hulkbuster’s built-in gun turret.

The battle wouldn’t be complete without the Avengers Tower, which consists of five stories and a total of seven rooms.

Fans can either set the battle in the prison cell, in the energy core, or on the balcony. Also included in this set are War Machine, as well as glider and weapon accessories.

This set should grant collectors an opportunity to build their own LEGO replica of the most famous helmet in all of Marvel fandom.

There are a total of 480 LEGO pieces, including a black-colored stand and nameplate to prop up the helmet.

As mentioned earlier, all five brand new LEGO Marvel Avengers sets will hit Target stores by June of this year. So collectors will have to wait a little while before they can say, “LEGO Avengers, assemble!”