Apple recently released the 2020 MacBook Air which is widely praised as the company’s best laptop in the last several years.

The new MacBook Air is the most affordable Apple laptop to date, starting at US$999 (AUS$1,588). It is mostly targeted to students or young professionals who want a durable and lightweight laptop.

For someone who is on the hunt for a new workhorse, here are the top five reasons to get the new MacBook Air. 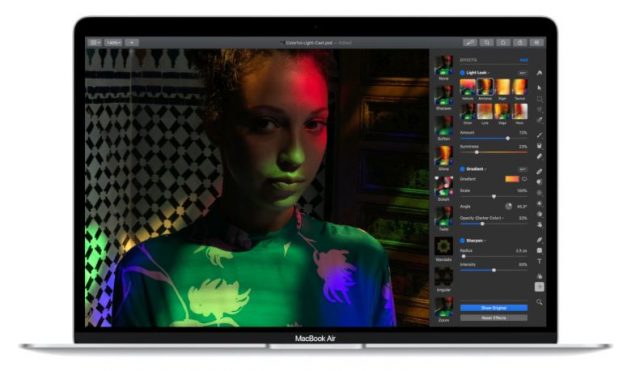 When Apple released a new MacBook Air last year, the company decided to retain the dreadful “butterfly switches” for its keyboard. The old switches were reported to be unreliable or faulty. It became a huge problem and in the end, Apple apologized for it.

All in all, this new laptop provides the best typing experience compared to other Windows laptops.

Windows devices with the same price as the MacBook Air comes with at least 256GB of SSD. Some laptops like the Huawei Mate D15 even comes with an additional 1TB HDD for more storage.

Apple decided to double the base storage of the new MacBook Air. It now comes with 256GB of flash storage for the base model. It is not expandable, but higher variants of the laptop can be configured to have 1TB of flash storage.

Apple has finally introduced the 10th generation of Intel CPUs to their laptop lineup. The base model now runs with a 1.1GHz dual-core Intel Core i3 10th-generation processor with a turbo boost of up to 3.5Ghz.

There is also an option for an i7 processor, but it comes at a price. All models come with 8GB of memory.

The newer architecture of the processor combined with Apple’s well-optimized macOS provides a smooth experience. However, if someone has the budget for the Intel Core i5 model, that is the better buy.

The Intel Core i5 is a quad-core processor. This means that it can handle heavier tasks and multitasking better. You can for the i3 version if you are on a budget, but for an additional $300, you can have the i5 model which has a better processor.

Apple lowered the price for the base model MacBook Air. The previous models start at $1,099. The current model starts at $999 or $100 less.

It is not a huge discount, but at this price point, it is one of the best productivity laptops to get. Students even get an additional $100 discount.

Windows laptops that are priced the same may offer better specs and that is a fact. But, having an Apple laptop at this price point, it opens up a better software experience while having access to well-optimized software like Final Cut Pro.

The MacBook Air has been known to have a battery that could last a whole day of use. It stays true with the new model. Apple rated it to have 11 hours of battery while using Safari.

However, review from the Verge says otherwise. Nilay Patel’s experience only gave him five hours of juice while running Google Chrome, Slack, and Zoom. However, the apps mentioned were all power-hungry and sucks a lot of juice when in use.

One thing that Apple did to prolong battery life is performance throttling. The MacBook Air relies heavily on Intel’s turbo boost when handling heavier tasks.

What the processor does is to spike up the speed to finish one task and immediately get down to 1.1GHz to reduce battery consumption. The processor throttling also reduces the heat generated by the laptop.

The five reasons mentioned above are enough to convince someone looking for a new laptop as long as those reasons fit their usage. For serious gamers, this laptop may not be enough. But for someone who wants a productivity tool, it is a great choice.

Despite its shortcomings such as limited ports and a not-so-ggod webcam, Apple has done a great job with the new MacBook Air. Other manufacturers will have to work hard to topple this device’s performance.

For $999, it is expected to be one of Apple’s biggest hits this year.