Terraria’s price has not changed that much since its release nine years ago. This action-adventure game is considered the best US$10[AU$15] game available. But what makes Terraria worth playing after all these years?

If Minecraft is the largest sandbox game available then Terraria comes in at second. Terraria shares the same elements such as exploration, crafting, building, and many more.

After nine years in the market, here are the reasons why it is still worth getting for $10.

The hours of building and crafting makes a player invested in the game. Others even consider it as part of their personality. Because in Terraria, every design is tailored to one player. Imagination is the limit as they say.

2. The huge amount of items

Several items are also available for the five different character classes. There is a weapon available for mages, melee, summoners, rangers, and tanks.

Armors also vary depending on a player’s class. There is a different buff for every armor available. Just pick one that suits the character best depending on the mission.

Accessories are also available in-game. These accessories provide certain perks such as “wings.”

3. Lots of bosses and events

Some games often end when the boss battle ends. Others have an extended storyline once the main quest has ended. Terraria belongs to the latter with several bosses available in-game.

Terraria often has events as well. The boss drops some kind of a rare item when defeated. This kind of mechanic makes it more like a role-playing game than a sandbox exploration. It is one thing that differentiates it from Minecraft. 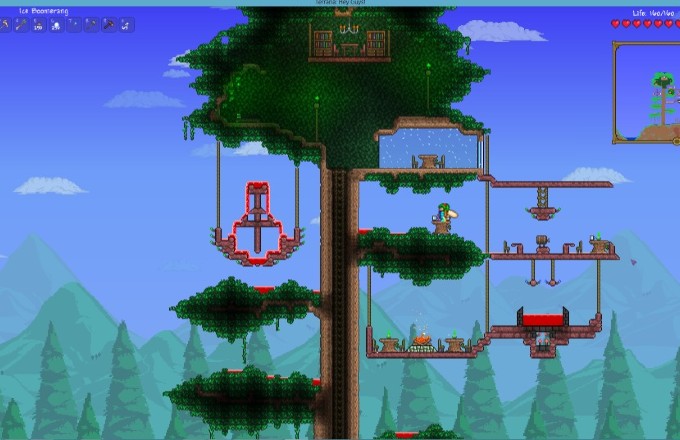 Terraria has an extensive crafting system. Unlike other games, players must complete a certain crafting station before they can move on to the next one. It is somewhat a tier-based system that allows players to grind before creating a top-tier item.

The crafting system also defines the type of character in-game. As mentioned earlier, there are items that can be crafted for a certain class. The amount of customization through crafting is limited as well.

There is an online multiplayer available in Terraria for up to eight players. The multiplayer mode can be played through a local connection or online.

The multiplayer allows several players to play with each other or fight against each other.

One game mode is called “Capture the Gem,” which is similar to capture the flag game modes on other titles. The goal is simple: The team who steals the opponent’s gem and bringing it back to their home base gets the win.

There are items that can be picked up in multiplayer mode only. However, it is transferrable to the single-player world once the multiplayer session is done. 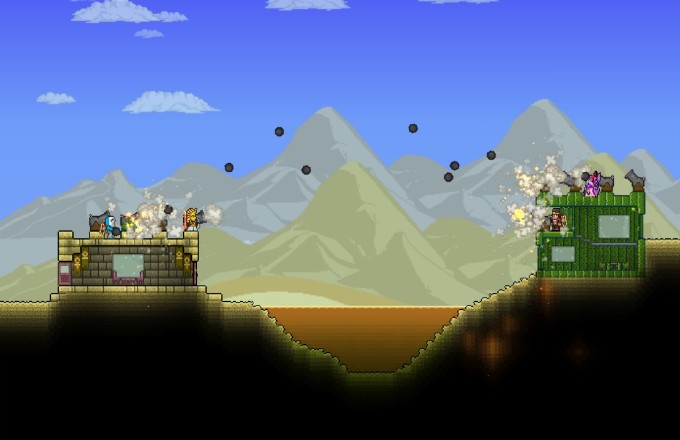 Terraria has been out for several years now. Throughout these years it has gained millions of followers and the community has grown so much.

There is no limit to the age group that can play Terraria. It is an open-world game, thus the game is open for everyone.

For kids, the game teaches creativity, especially in building and crafting. The game allows critical thinking for instances where dangers are imminent.

Terraria is not a one-way street. It can be played in a lot of ways. This makes the game perfect for everyone. One mission that the game may even be solved in a simple through the eyes of a child.

With all these reasons considered, Terraria is definitely the best $10 game available today. It is perfect for all ages while providing extensive gameplay.

Largest bank in Denmark not a fan of crypto, but lets...

Princess Diana wanted to do THIS minutes before her death

More stress, unclear gains: are selective schools really worth it?