Gears Tactics is finally launching on Steam today. This is a turn-based tactical game developed by Splash Damage as a Gears of War spinoff.

Diving straight into a game provides an efficient tutorial. However, many more game mechanics are to be explored in Gears Tactics.

This tutorial teaches everything from the essential tools and several game strategies, but not everything is disclosed here.

For those who already jumped into the hype train, here are some things to keep in mind while playing the game. 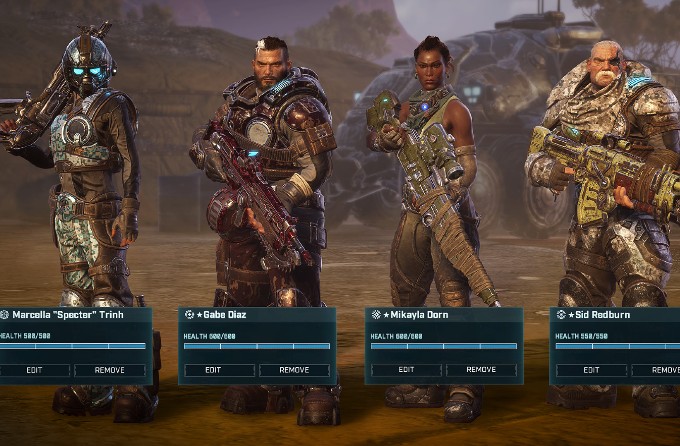 1. Do not let your heroes die in Ironman mode

Gears Tactics has an Ironman mode that instantly deletes the player’s save file whenever a hero character dies. This is a very challenging aspect of the game as it lets the player think thoroughly before executing a move.

Soldiers are easy to replace inside the game. Just let them die instead of watching the protagonist, Gabriel Diaz, die alongside the save file.

Sliding is a common game mechanic applied to major shooting games. Gears Tactics includes the feature in the game similar to its predecessor shooters.

Gears Tactics is reminiscent of the XCOM games in the past. It even has the same overwatch. However, the overwatch in Gears Tactics has no limit due to the action points that the character has.

Overwatch in the game also takes effect once an enemy strikes without moving. The bots in Gears Tactics are great in exploiting the overwatch’s range to their advantage.

One thing to take note is that critical hits have no bearing in overwatch. However, Snipers can unlock this ability as the game progresses.

4. Heavy mobiles are valuable. Always redeploy to keep them safe

Heavy mobiles are great in defending. Having this type of unit makes it easier to defeat striking enemies. There are also upgrades available to improve ammunition count.

Once the game moves to its later stages, heavy mobiles gain the “ultra shot” ability. This allows these defensive gunners to spray a whole magazine into an enemy until it dies.

The player has an option to transfer a heavy unit before attacking. But just like in tower defense games, it is better to have a defensive machine at a fixed position.

One great thing about Gears Tactics is it allows upgrade paths depending on the player’s choice. This gives the heavy units several upgrade builds.

However, an Anchored heavy mobile is the best option. Just do not forget to click redeploy after every round to transfer heavy units while maintaining its Anchored status. 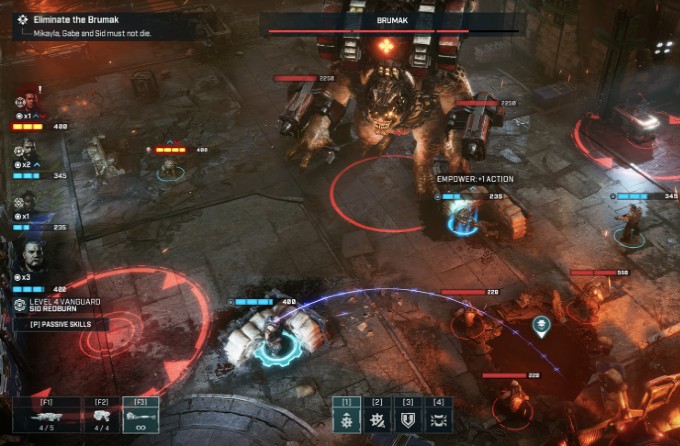 There are various terrains inside the map. It may even have a “leak”. This leak serves as an emergence hole wherein enemies continue to appear unless closed.

Grenades are normally used to plug holes. Unless the player has tried, there are no indications that proximity mines can close leaks.

Once unlocked and used, these proximity mines close the hole. It also kills enemies who dare move near the leak.

6. Revive a downed character as much as possible

Always revive a down character instead of self-reviving them. This move allows the revived character to have three actions. Once a self-revive is used, it only gives the character one action to do.

Be sure to revive a squad as soon as possible. Once a squad is bleeding on the battlefield, the Locust will kill them immediately after one or two turns.

Self-reviving characters limit their activities into one as mentioned above. Another downside is when the character is downed again, they will not be able to perform the same action again.

The self-revive is better to be saved in critical situations. But for regular fights, the revive ability is more than enough.

7. Wait for cooldowns before moving on to the next objective

As the game progresses, several missions involve gates or bridges. The gates, bridges, or other settings open the second objective once the previous one is cleared.

Some abilities inside the game take a very long while before it can be used again. One technique to prepare for the next objective is to wait until the cooldown is done before moving to the next phase.

However, staying too long in one place and using around three turns allow Locusts to come back. Just check the turn counter before moving on to the next area. At least, once the next mission commences, all the abilities are ready.