Back to the Future became one of the most loved films in the mid-80s. The film, top-billed by Michael J. Fox and Christopher Lloyd, started the time-travel era. Youngsters and teenagers wanted to look like Fox and drive the DeLorean. Thirty-five years later, the legendary movie comes back in Playmobil’s new toy line.

When the movie came out in 1985, many supported it and became a huge hit. Along with movies like this are toys and merchandise. This movie didn’t have much to offer when it comes to toys. To fix that, Playmobil made a Back to the Future set for the masses. The timing is no less than perfect since it’s the movie’s 35th anniversary.

The set includes the infamous DeLorean along with the toy figures of Doc and Marty. Even Einstein (Doc’s dog) is in the set as well. Other items included in the set are Marty’s skateboard and the case that houses the Plutonium.

For a bit of a background, Back to the Future is all about time-travel. Doc created a time machine and placed it inside a DeLorean. That is what time-traveling in style is all about. In any case, some events unfold, and Marty travels to 1955. To get back to his timeline, he ran to the younger version of Doc. He knows that only Doc can help him get home. 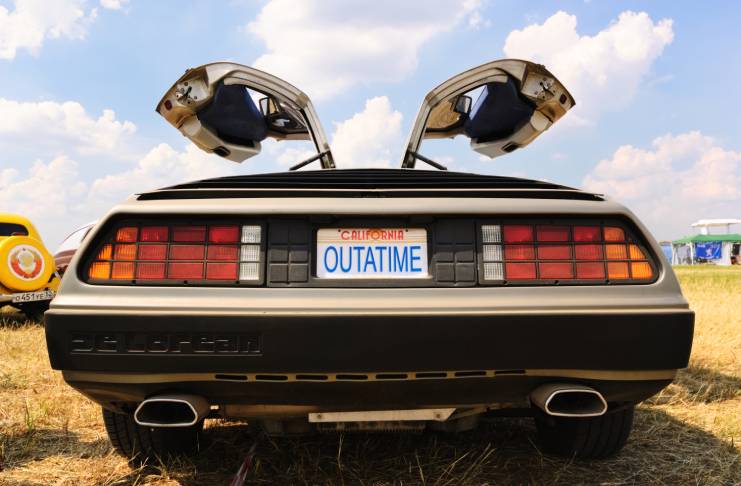 What’s in the set?

As mentioned earlier, the set has the legendary DeLorean time machine. One can open its gull-wing doors to see the flux capacitor inside. The detail of the interior and exterior of the car is very astonishing. One would think that the real DeLorean got hit with a shrinking ray. It looks so much like the original. It even has the “OUTATIME” license plate, the plutonium chamber, and the DMC logo on the grille.

Placing batteries in the car will light up the flux capacitor, and the lights outside of the car. At the end of the movie, the tires can fold down and take the skies. This toy couldn’t do the same, but its tires fold down as well.

The figurine of Marty wears his iconic red coat while Doc, his jumpsuit. One can also buy figurines of Doc and Marty in their 1955 outfits. The whole set costs $50, while the figurines in 1955 outfits cost $8. This version of Marty has the red electric guitar used at the school dance. As for Doc, he clutches a “Save the Clock Tower” flyer on his left hand.

The iconic Back to the Future is back after 35 years. It will bring back memories and create new ones for the fans of the present and today.