The Acer Predator lineup receives its latest addition to its family. The company announced new laptops, monitors, and desktops during the Acer Global Conference.

Acer Predator gaming laptops, computers, and monitors are already a staple in the gaming industry. It is on par with the likes of the Asus ROG gaming whenever PC gaming is discussed.

The company aims to strengthen its hold on the PC gaming industry with its latest devices. The upcoming devices will sport 10th generation Intel processors. It will also have the latest RTX 2080 and RTX 2070 graphics card.

With that being said, here are the upcoming Acer Predator products.

The Acer Predator Helios 700 is the flagship laptop of Acer. It will be having an update this year for better gaming performance.

The announcement revealed that the Helios 700 will have two variants. The first one is powered by an unlocked Intel Core i9-10980HK with and RTX 2080 Super graphics card. The lower-end model will have an Intel Core i7-10875H with an RTX 2070 Super.

Both configurations promise a great gaming experience without thermal issues.

Acer also has the “Predator PowerGem” feature on these laptops. It is the company’s solution to high thermals. However, this feature is only available on the top-end core i9 models.

Both variants will support 64GB of memory. The display is a huge 17.3-inch 144Hz panel. It also supports G-Sync to reduce screen tear.

The price is expected to be over the top when it launches. The base model Helios 700 will start at US$2,499[AU$3,620]. It is quite steep for a laptop. But, it is feature-packed compared to similar models from other brands. 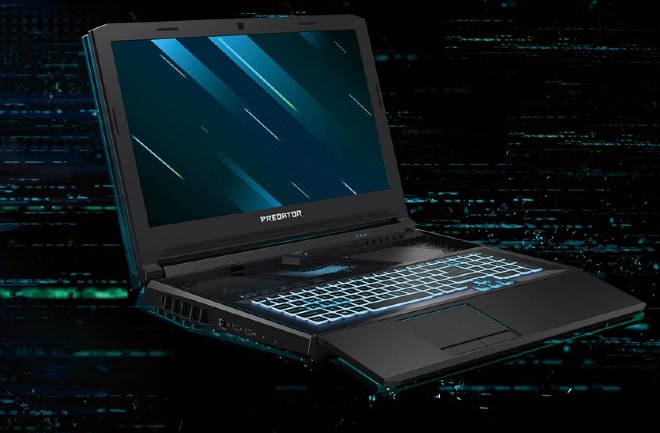 The Helios 300 is the smaller brother of the Helios 700. It might be the lower-end model, but it is more than enough to deal with most games.

The upcoming Helios 300 lineup will be carrying an Intel Core 10th gen processor. Graphics will be powered by a 2070 Max-Q GPU.

Memory capacity is reduced to 32GB. However, this laptop will have two NVMe M.2 drives in a raid 0 setup.

The Helios 300 base model will start at $1119. It might still be pricey for some, but may be considered to be the most value-oriented for casual gamers.

Another laptop that will receive an update is the Acer Predator Triton 300. This lightweight gaming laptop will have a 10th generation Intel processor as well as RTX 2070 Max-Q graphics card.

One good thing about the Predator Triton is its 240Hz display. There is also a lot of storage options as Acer provides three M.2 expansion slots.

Designers and people from the creative industry will also benefit greatly from the 100% sRGB color profile of the display.

Besides the great display, the new Triton 300 has a slim profile making it perfect for working on the go. It only weighs 2.1kgs, which is light considering the beefy internals it has.

The Acer Nitro 7 joins the list of laptops with upgraded internals. The notable improvement is the processor which bumps it up to the Intel Core 10th gen series.

However, the graphics card only goes up to RTX 2060. It is not bad though for a small form factor device. 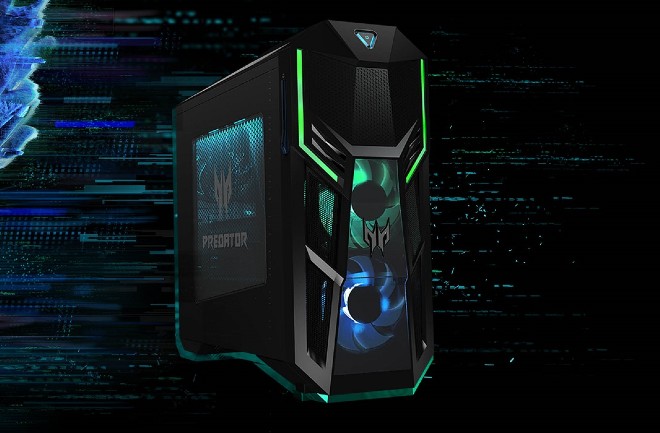 Acer also produces pre-built gaming computers. The Predator Orion 9000 gets a massive upgrade this year with an Intel Core i9 processor and an SLI Nvidia RTX 2080Ti.

This desktop has the Predator Frostbite fans installed which has improved thermal performance. Acer claims that these fans offer 15% more airflow.

The Acer Predator monitors offer a high refresh rate and great panels. There is an improved Predator XB25 coming soon. The Predator XB3 series has three different models to choose from on its launch.

The Predator XB25 offers a 24.5-inch full HD display and an ultra-fast refresh rate. This display has a 360Hz display which is more than double the amount found on mass-market monitors today. It also supports 99% sRGB colors for those who do multimedia stuff.

These monitors have resolutions of up to 4k. All models come with the Acer RGB Lightsense Technology. This feature produces an RGB ambient light behind the monitor.

Acer has a promising lineup this year. The Acer Predator upgrade comes in a little late though. The majority of stay-at-home people have probably shopped for their PC gaming needs months before. Still, it is better to have more options in the market today.