It’s beginning to look a bit like 2017 with altcoins making big gains over the past month. Here’s 10 top trading tips for ‘altseason’.

Bitcoin has just had its best January in seven years, increasing by 30% over the course of the month.

But almost every other cryptocurrency did even better.

Sentiment has flicked over to cautiously bullish.

Market analyst Mati Greenspan said this week he thought the bull market was back: “As far as technical analysis is concerned, it doesn’t get much more bullish than this.”

Some are even talking once again about ‘altseason’, that magical time when altcoins shoot up in value by ridiculous percentages.

We’re not there yet of course – it might never happen – and if it does it seems unlikely that we could recapture the insanity of 2017.

That’s in contrast to Bitcoin which was up a *measly* 1300% that year. 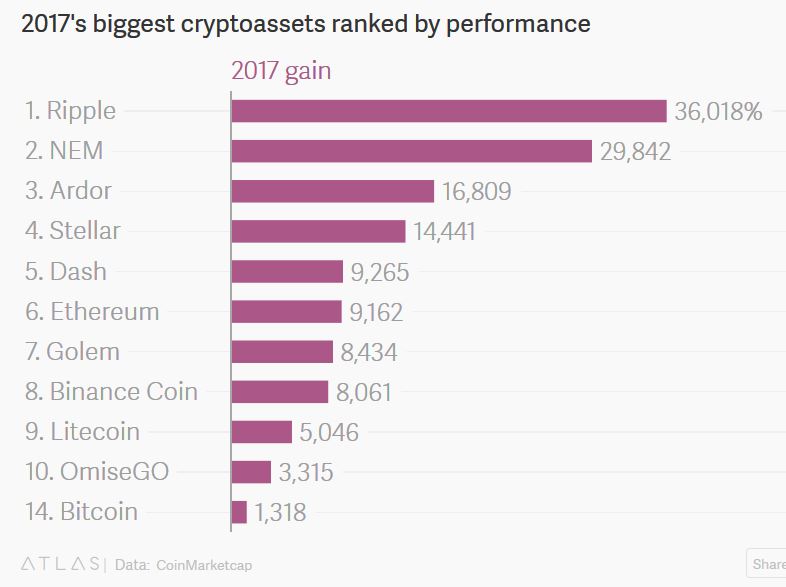 Rekt Capital tweeted yesterday that January’s price increases are “nothing compared to the euphoria and FOMO that has yet to come. In 2017, it took Litecoin only 5 days to rally from $96 to $420

“The euphoria stages of a bull market come at you fast.”

2. Money begins to flow from $BTC to Large Caps like #Ethereum ✅

Trading Tank also tweeted that altcoins are ‘breaking out globally. Just want to see a few days above $90 billion (marketcap). Then it will be will be 24/7 charting madness and crazy times again. You ready?”

And Redditor BearCatBird posted yesterday that according to his ‘DFI Indicator’, retail FOMO was starting to spike.

“They are buying ONLY because they think other idiots will buy and the price will go up. They are purely speculating and want to sell it as soon as they make a profit.

“It’s an interesting indicator I’ve been watching for a while and is finally starting to see some action.”

Advice to live by in Altseason

One trader who was around for the 2017 altseason was Altcoin Sherpa.

A few weeks ago he wrote up 10 pieces of advice for altseason from living through that period, drawing in the advice of traders he’s learnt from.

1. Always take profit, don’t get greedy.
2. Be aggressive with entries.
3. Don’t FOMO.
4. Altcoin dollars flow from from big caps to mid caps to shitcoins. Plan accordingly.
5. Set your sells right after you get filled.
6. Be liberal with stop losses due to high volatility, but always set them.
7. Remember Bitcoin can always wreck the party.
8. Don’t expect altcoins to hit new all time highs – this is unlikely.
9. New coins have less bag holders than older ones, which means less resistance on the way up.
10. If you get a 100% to 200% gain, sell rather than get caught in the inevitable retrace.