Age of Empires 2 is having its best year ever, almost 21 years after its release in 1999. Its average player count is growing steadily since its HD release in 2013. It continues to grow even further.

The player base for the real-time strategy game is encompassing generations of fans. The release of Age of Empires 2: Definitive Edition last year made that possible. With droves of gamers stuck at home due to the pandemic, the numbers skyrocketed.

COVID-19 lockdowns are making the concurrent players balloon as time goes by. With much of its fans working adults, people now have more time to savor their civilization builder. The game is going head-to-head with many AAA eSport titles like CS:GO in concurrent players.

To put that into perspective, AAA modern RPG game Path of Exile boasts the same numbers. Age of Empires 2 even boasts as many numbers as industry-darling Stardew Valley on a regular day.

Even better, the game goes head-on with popular RTS games like Civilization 6. On peak days, it can sit anywhere between top 15 to top 25 in peak players on average. These say something, as the game is almost 21 years old.

Why is Age of Empires still popular?

Why is AoE2 so popular after so long? All of it goes to nostalgia, tight gameplay, and evergreen mechanics.

AoE2 is nostalgic for many, with 1.5 million copies sold on its first three days in 1999. It was out during the “Golden Age” of gaming. This time is the period where modern classics were out, and everything was not about graphics. 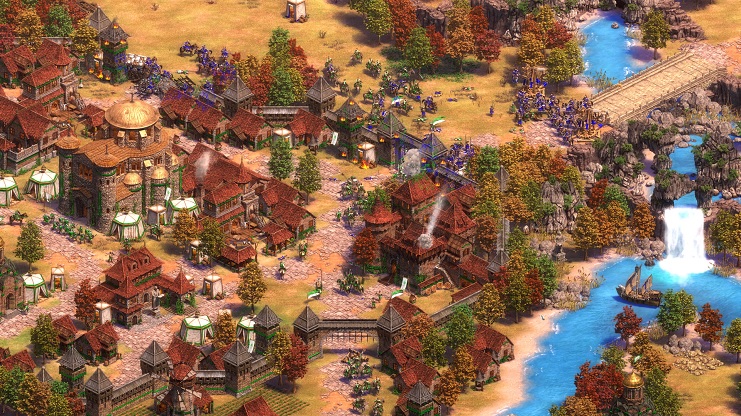 The evergreen mechanics of AoE 2 is simplistic but sophisticated. It lets players show their best skills, from playstyle quirks to in-game habits.

With that said, Age of Empires 2 is going stronger and stronger as the months go on. The pandemic only made the game more enjoyable, and it’s ready for everyone. Fans expect Age of Empires 4 to go out this 2020 or a little bit later.