According to In Touch Weekly, Pitt and Alia Shawkat have been spending so much time with each other during the coronavirus lockdown. Last month, Shawkat was, allegedly, spotted entering Pitt’s home and she wasn’t seen leaving the property that night.

“Brad and Alia have been practically inseparable in recent weeks – they’re more serious than anyone realizes,” the source said.

The insider also claimed that Jennifer Aniston would be devastated if Pitt chooses to be with Shawkat. However, the tabloid suggested that Pitt and Shawkat are already an item.

In March, another source claimed that Pitt and Shawkat have bonded over their love for art. After spending so much time together, their relationship, allegedly, blossomed into something more. 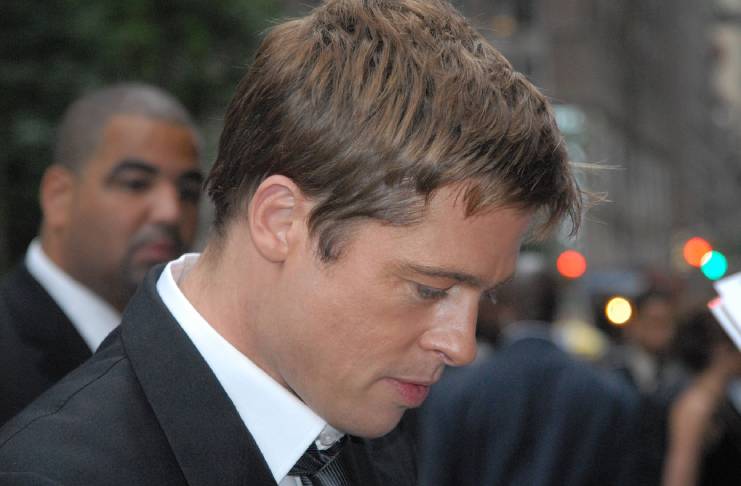 “There’s a lot of history between them but that also comes with a lot of baggage. He’s not sure they can go the distance and he can’t help but feel torn. He’s got a big decision to make about his future,” the source said.

According to the source, Aniston is aware that Pitt and Alia Shawkat have been hanging out. The Friends star also knows that even though she’s the girl next door type, Pitt is more interested in edgy and cool girls like Shawkat and Angelina Jolie.

The tabloid concluded the, allegedly, love triangle between Pitt, Aniston, and Shawkat by saying that The Morning Show star is giving her ex-husband some space.

Aniston, allegedly, wants Pitt to sort out his feelings so that he could eventually figure out who really wants to be with. The source said that Aniston is hopeful that Pitt would come back to him because she doesn’t want to lose the Ad Astra star again.

However, it is unlikely for the tabloid’s story to be correct. After all, Pitt and Shawkat are just friends. There’s also nothing going on between Pitt and Aniston. As such, there is no reason for Pitt to choose between the two actresses.

Two months ago, Just Jared uploaded a photo of Alia Shawkat biking away from Pitt’s gated community. In the snap, the actress is wearing white pants, a pink top, a blue blazer, and white sunglasses. However, there is no indication that she really came from the actor’s home.