According to Woman’s Day, Alia Shawkat and Pitt had a conversation months ago and they agreed that dating would just complicate their relationship. As such, they have decided to just stay friends.

Pitt, who is being linked to his ex-wife, Jennifer Aniston, allegedly, introduced Shawkat to the Friends star. A source told the tabloid that Shawkat thinks Aniston is attractive and has joked that she would rather date her than Pitt.

However, Gossip Cop said that the claims made by the tabloid are incorrect. The publication reached out to their trustworthy source, who said that Shawkat never said anything about wanting to date Aniston.

The only accurate statement from the tabloid is that Shawkat and Pitt are friends. In fact, the A-listers seem to be very close. Weeks ago, they were photographed ordering at an In-N-Out branch. 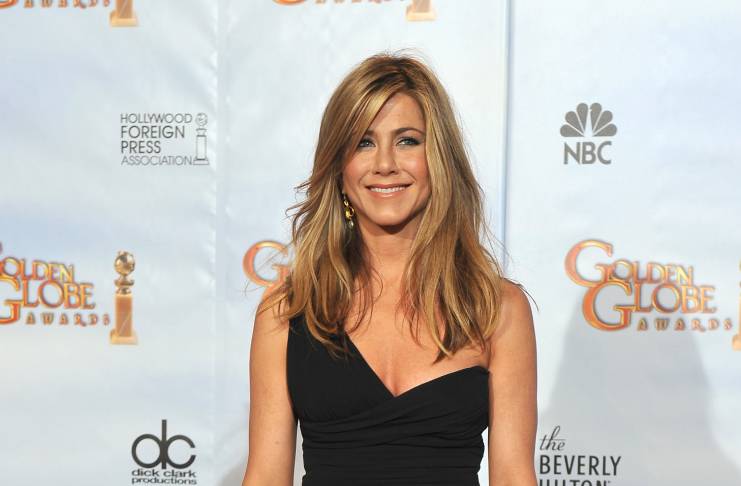 This isn’t the only rumor surrounding Shawkat, Pitt, and Aniston. Just recently, In Touch Weekly claimed that Pitt is cheating on Aniston with Shawkat.

A source told the tabloid that Aniston is aware of Pitt and Shawkat’s closeness and that the two have been hanging out. Aniston is, allegedly, worried that Pitt would eventually choose Alia Shawkat over her.

“She may be the perfect girl next door, but those close to Brad know edgy, cool girls like Alia and Angelina [Jolie] are more his type. She doesn’t want to lose him again, but she knows from experience that she easily could,” a source said.

In November, Woman’s Day claimed that Pitt and Shawkat are an item. And things between them have become so serious that Pitt introduced Shawkat to his parents.

Two months later, the same tabloid linked Pitt to Aniston again. They said that the couple is living together. And that Pitt took his biological daughter, Shiloh to their home.

At one point, the tabloid also claimed that Pitt and Aniston are expecting their first child together. And the Once Upon A Time In Hollywood star is planning a huge surprise party for The Morning Show actress.

But the rumor-debunking site, Gossip Cop has denied all the claims. And the fact that the stories about Aniston, Pitt, and Shawkat tend to be conflicting confirms that none of them are true.

Alia Shawkat, Pitt, and Aniston are living separate lives right now. And they haven’t also responded to the rumors.