‘Altseason’ is back with a vengeance, with interest in the search topic ‘altcoins’ increasing to record highs on Google Trends.

Searches related to ‘altcoins’ are now equal or greater than during the crypto market’s All Time High in late 2017 to early 2018.

By contrast, searches for the term ‘Bitcoin’ are a fraction of what they were back then – even though BTC remains above 50% market dominance.

Moving in the right direction

The price charts of most altcoins have been green for more than a month, with many coins posting double digit gains. Four of the top 20 coins are trading above their 200 day moving average.

Sure, if you bought in at the All Time Highs and hodled, you still be down 80-90 percent with your altcoin portfolio. But if you’d bought a month ago, you could be getting 25% gains every week on some coins. 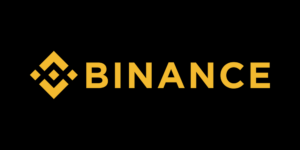 BNB and BAT up 60 percent in a month

Among the more popular altcoins Binance Coin and Basic Attention token are both up by 60 percent in a month after strong announcements, Stellar has jumped 40 percent, Ontology has spiked 76 percent and VeChain’s up by a third.

Five hundred percent in a month

Looking further down the list, nine of the top 100 coins have more than doubled their prices. Star altcoins include Enjin (ENJ) which is up by 446%, MaxiMine (MXM) with 490%, and CryptocomChain Token (CRO) up by 409%.

Why is this happening?

It’s hard to pinpoint the reason for the rally – there’s a growing belief in cryptosphere that Bitcoin has bottomed, and a sense that crypto winter has finally begun to thaw.
But the smart money is betting on bigger percentage price rises for altcoins, rather than Bitcoin, which is being reflected in searches for the topic ‘altcoins’.

A topic, not a search term

A ‘search topic’ is different to a ‘search term’ – a topic aggregates search terms for other coins including LiteCoin, XRP, EOS and Ethereum. It’s not just someone typing ‘altcoins’ into Google. 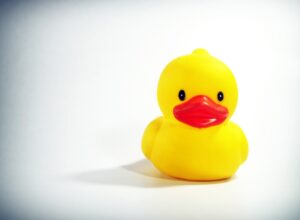 “It’s officially Altcoin season,” wrote eToro Senior Analyst Mati Greenspan. “We don’t ask why,” he added in a Tweet. “Just say thanks and take the gains as they come.”
He polled his Twitter followers on how long ‘altseason’ will last. They were almost evenly divided between those saying ‘a day’, ‘a week’, ‘a month’ and ‘a year’.