Home Entertainment Amal Clooney issued an ultimatum at George to get rid of his...

Amal Clooney, allegedly, issued an ultimatum at George Clooney to get rid of the actor’s beard as soon as possible.

According to National Enquirer, Amal Clooney is grossed out by her husband’s beard. So, she wants the Ocean’s Eleven actor to get rid of it immediately. Otherwise, George would, allegedly, lose his privileges with his wife. However, no concrete pieces of evidence can confirm that these hearsays are correct as of this writing.

Still, an unnamed source claimed that Amal has been having issues with George’s beard for a long time.

“She thinks George’s scruff ages him by decades and makes him look more like a lumberjack than the movie star she married,” the unnamed source said, as per National Enquirer. 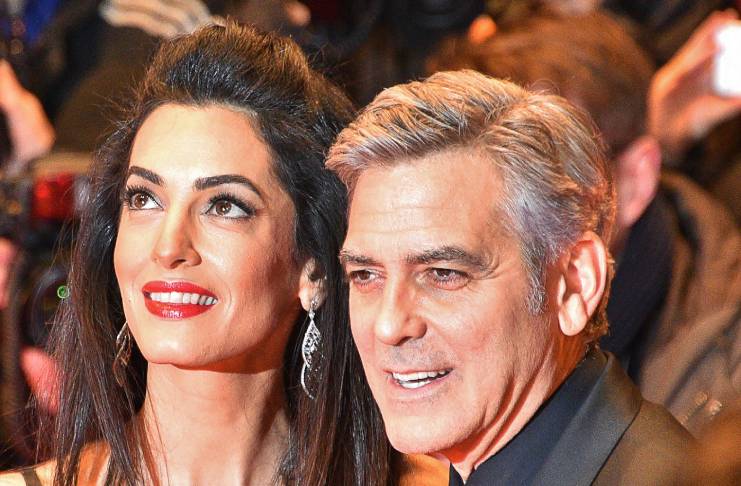 Does George Clooney plan on growing his beard?

The insider also revealed that George even joked about growing his beard longer. He, allegedly, told his wife that he wants his beard to be as long as David Letterman’s facial hair.

According to the source, Amal was appalled when she heard George say that he wanted to grow his beard. And the lawyer is so grossed out by her husband’s beard that she no longer hugs or kisses him.

On the other hand, the couple’s twins, allegedly, love their dad’s beard. After all, they twist it and pull on it. George, allegedly, loves making his twins squeal by tickling them with his beard.

However, one should take the claims made by the tabloid with a grain of salt. Gossip Cop said that George grew his beard for the movie, Good Morning, Midnight. The publication, reportedly, spoke to a source close to the situation and was told that it isn’t true.

Amal Clooney doesn’t have any issues with George’s beard. And she didn’t also issue an ultimatum to her husband.

According to Gossip Cop, National Enquirer is known for publishing dubious stories about the Clooneys. There was a time when the tabloid claimed that Amal and George were renewing their wedding vows to commemorate their fifth wedding anniversary.

However, none of these claims are correct. George and Amal Clooney are still together. And their twins have been staying with both parents since their birth.

Images used courtesy of BAKOUNINE/Shutterstock and Foreign and Commonwealth Office / CC BY (https://creativecommons.org/licenses/by/2.0)