According to OK! magazine, Amal Clooney also banned George from going out of their house because she needs him to take care of their twins. The human rights activist, allegedly, wants to put an end to George’s bachelor days because he’s already a married man. However, no concrete pieces of evidence can confirm that these hearsays are correct as of this writing.

Does George Clooney take care of his twins, not Amal Clooney?

But the source insisted that the Ocean’s Eleven actor was grounded last year. Whenever he’s at home, George is, allegedly, tasked with feeding, bathing, and reading to their twins, Alexander and Ella.

When Amal is home, she and her husband, allegedly, talk about current events. And they also watch the news together.

“Amal’s interests are serious business. George is an activist, but he wouldn’t mind watching sports or an action flick once in a while,” the unnamed source said, as per OK! magazine.

The insider claimed that George’s current life is a far cry from his bachelor days. Years ago, the actor always hung out with his friends in Cabo. While there, they invite beautiful women and drink tequila until the wee hours of the morning.

“The boys would often take last-minute trips to his Lake Como villa and make pizzas before going out on a long motorcycle ride. Every now and then, he feels a little stir-crazy,” the source said. 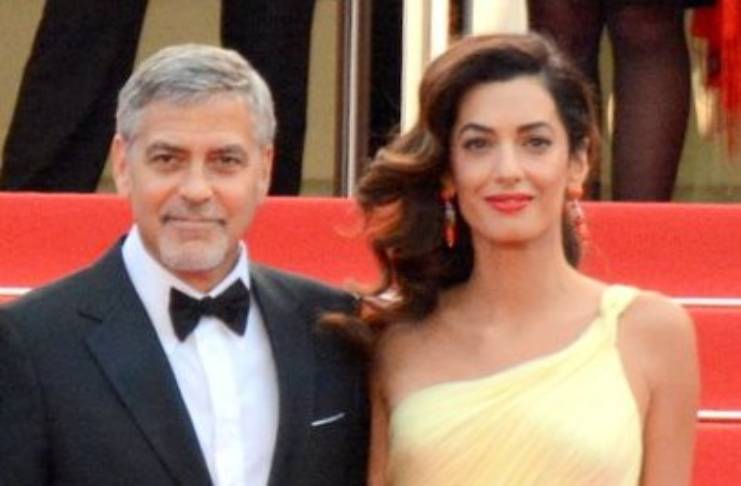 Almost a year has passed, and there hasn’t been any indication that George was ever on house arrest. He and Amal Clooney have been busy with their respective careers throughout the past couple of months.

George has never complained about the kind of life that he’s living. And he hasn’t spoken negatively about having to take care of his twins. The actor previously said that he has a good life.

“I have a beautiful wife and two beautiful kids, and I get to work on things I want to work on. And I have to say, most people don’t get to do that. I’m well aware of it. We live our lives. We don’t hide in corners,” he told The Hollywood Reporter’s Awards Chatter podcast.

George has also debunked the rumors that he and Amal are on the brink of divorce. The actor admitted that they couldn’t stand being away from each other.

“Our only adjustments are figuring out our schedules. Our deal is that we can’t be more than a week apart. So far that’s worked out pretty well,” he said.

George and Amal Clooney tied the knot in 2014.

Games that fans want to see on the next Nintendo Direct