Amazon is facing charges after a man’s garage was burned last year. The lawsuit claims the fire was started by a Chinese battery.

According to the lawsuit, a mislabeled Chinese battery sold started the fire. Amazon is facing damages of up to $75,000 because of the fire.

The plaintiff, Dane Meyer, is represented by Farm Bureau Property and Casualty Insurance Company. The plaintiff lives in Cottonwood, Minnesota. He said that Amazon sold him the battery in April.

In its filed complaint, the plaintiff claims that the battery was labelled as an “Amazon’s Choice” product and it is qualified for the platform’s Prime shipping. The complaint added that the “Amazon Choice” program are highly rated and well-priced.

The complaint further added that the battery caught fire when used with a charger. The charger was listed on Amazon’s website as compatible, but further investigation proved otherwise.

Farm Bureau is accusing Amazon of negligence, liability, and failure to warn. The insurance company added that Amazon is complicit in the “promotion, sales, fulfillment, and distribution” of the mislabeled battery. It added that the battery was delivered to its client in a box that sports an Amazon logo. 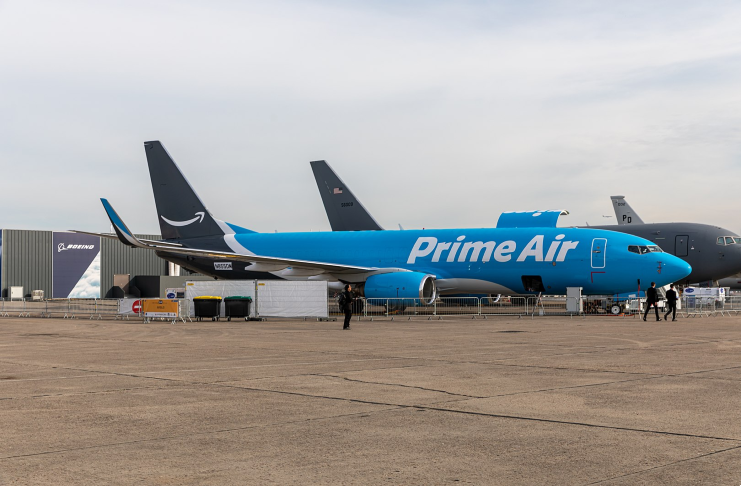 One of many lawsuits

The latest lawsuit is just one of many charges faced by Amazon. The company is usually held liable for all products sold on its platform by third-party distributors. For many years, Amazon claims that it only serves as a platform between buyers and sellers, adding that it is not responsible for any product defects.

A landmark ruling in July 2019 from the Third Circuit Court of Appeals ruled 2-1 against Amazon. The ruling stated that the e-commerce giant holds responsibility for all products sold on its platform. The ruling added that even these products are sold by third-party distributors.

The ruling was made following a woman in Pennsylvania was blinded by a dog collar sold on Amazon. The woman claims that the dog collar broke and struck her face. One of her eyes was damaged, and ended up blind.

“We do not believe that Pennsylvania law shields a company from strict liability simply because it adhered to a business model that fails to prioritize customer safety.”

Earlier this year, a class action lawsuit was filed against Amazon in California. The lawsuit alleges that the e-commerce giant is price-gouging its consumers during the coronavirus pandemic.