Amazon has just got its first big-budget game published with Crucible and it looks like a mix of famous shooter titles today such as Overwatch, and Fortnite. However, reports say that the new game may be “3 or 4 years” late on the Battle Royale trend.

Amazon’s new hero shooter game, Crucible, is a fresh take on wildly known shooter games. Many have compared it to titles such as Overwatch, Apex Legends, League of Legends, and Battle Royale game frenzy Fortnite.

In fact, media outlets have described the game as a blend from some ingredients in the mentioned titles and mixing it together with its own survival gameplay mechanic.

Crucible is a free-to-play team-based action shooter where your gameplay is defined by the choices you make. Pick a hunter and join a match. You’ll need to coordinate with your teammates, take advantage of your hunter’s unique upgrades as you level up, and adapt to the ever-changing conditions of battle.

There are three modes in the game: Heart of the Hives, Alpha Hunters, and Harvester Command.

The Heart of the Hives is comparable to Call of Duty: Mobile‘s Kill Confirmed mode, but instead of dog tags, players are set to capture the hearts that are left behind by the Hives when they die. The first team to capture three hearts wins the game.

Alpha Hunters, on the other hand, is somewhat a Battle Royale mode but with a twist. What makes it different from the duo mode in BR games such as Fortnite, is that players can team up with other players from another team when their own teammate dies.

However, the “temporary truce” is said to break once both players make it to the final three. The third game mode is a new take on protecting the team’s base while destroying that of the enemies’.

The game is developed by Relentless Studios and published by Amazon’s game development arm—Amazon Game Studios. It took two delays, due to the global pandemic, before Amazon decided to finally release it today.

The Verge notes the concept of Crucible‘s similar game mechanic to titles like Overwatch is comparable to that of Riot Games’ Valorant where it looks like a mashup of Counter-Strike: Global Offensive game aesthetics.

Despite being closely compared, Valorant has become a massive hit with promising eSports events already waiting. 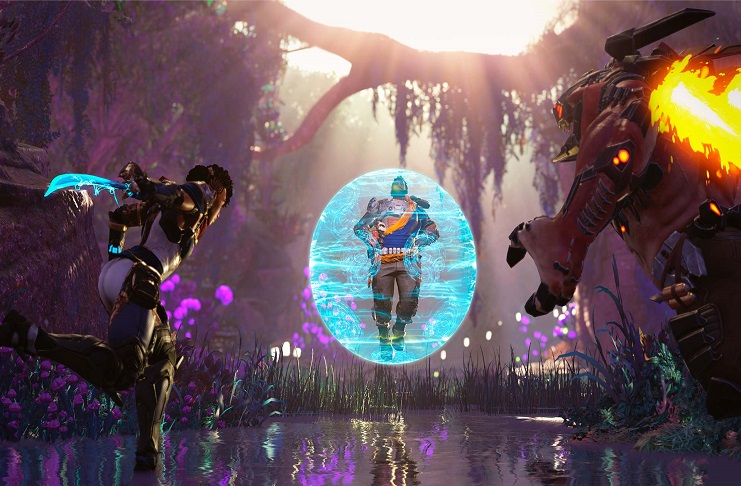 However, CNN Business reports that analysts believe that Amazon’s Crucible “might be behind the times.”

The media outlet quotes the founder and CEO of research firm DFC Intelligence, David Cole, saying, “Both ‘Crucible’ and the upcoming ‘New World,’ which got delayed again, are high quality titles for 3 or 4 years ago.”

Nevertheless, Crucible is said to be a worthy rival of Fortnite, as it offers a twist of a multiplayer online battle arena (MOBA) genre. Most especially that it’s not actually limited to a Battle Royale mode alone.

Who knows, it might follow the path of Valorant that is making the gaming community go wild.

Catch the release on Steam today, May 20 at 1 p.m. PT. Also, to see more of the Crucible‘s gameplay, interested players can catch streamers on Twitch starting tomorrow.