Amber Heard only had nice things to say about Elon Musk after their split.

While speaking with The Hollywood Reporter two years ago, Amber Heard confirmed that she and Musk are good friends.

“Elon and I had a beautiful relationship and we have a beautiful friendship now, one that was based on our core values,” she said.

The Aquaman actress also revealed that she and Musk bonded over a lot of things such as intellectual curiosity, their shared love for science, ideas, and conversation.

“We just bonded on a lot of things that speak to who I am on the inside. I have so much respect for him. He’s not boring,” Heard said.

According to People, Heard and Musk were first linked together in 2016 shortly after their respective divorces. Heard was previously married to Johnny Depp before she accused him of domestic violence in 2016.

Musk, on the other hand, filed for divorce from Talulah Riley in 2015. 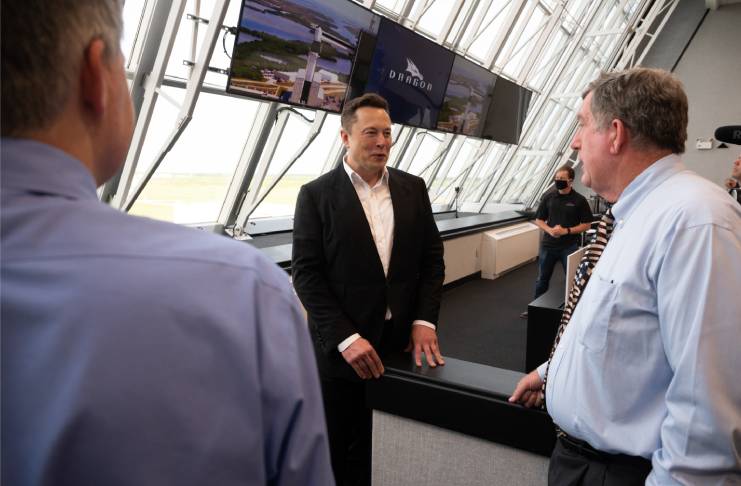 Heard and Musk, reportedly, decided to split in 2017 due to their busy schedules. But they rekindled their romance briefly in January 2018, but they split once again.

A source close to the couple told the publication then that Musk was the one that suggested that they break up. Amber Heard, allegedly, agreed.

“They both still care deeply for each other but the timing wasn’t right,” the source said.

However, Musk told Rolling Stone that it was Heard that called it quits.

Heard and Musk were also accused of having an affair while The Rum Diary actress was still married to Depp.

In March 2019, the Pirates of the Caribbean star accused Heard of spending time with Musk just a month after they got married.

However, Musk was adamant in saying that he and Heard started seeing each other only after the actress’s marriage to Depp ended.

“Unbeknownst to Mr. Depp, no later than one month after his marriage to Ms. Heard, she was spending time in a new relationship with Tesla and Space X founder, Elon Musk. Only one calendar month after Mr. Depp and Ms. Heard were married—while Mr. Depp was out of the country, filming in March 2015—Eastern Columbia Building personnel testified that Ms. Heard received Musk ‘late at night’ at Mr. Depp’s penthouse,” Depp’s lawsuit states.

Depp also claimed that Amber Heard asked the staff at the Eastern Columbia Building to give Musk access to the penthouse elevator and the parking garage late at night.

LG rollable TV is now available for inquiry in the US

‘The Day Before’ will release on multiple consoles

How to actually fix a lost voice, according to science (hint:...