Amber Heard previously confirmed that she’s pro-gun but believes that there needs to be a reform in the United States.

During a previous interview with Daily Mail, Johnny Depp’s ex-wife revealed that she’s fully trained when it comes to handling guns. In fact, she loves guns so much that she even sleeps close to the ones she has at home.

The “Aquaman” star clarified that she keeps her guns in a safe location at her house. But she makes it a point that they are close enough so she could easily reach them during an emergency.

“I’m fully trained and I’m an active member of a gun club. I’m definitely a pro-gun. As Americans, we have been told since we were babies that we have the right to own guns but I think there needs to be a reform because over 30,000 people in the U.S. died from gunshot wounds in the last year alone,” she said.

Heard’s fondness for guns started at a young age. In fact, she revealed during the same interview that she wanted to be her dad’s son and not his daughter. And since she didn’t have a brother, she was the one that went hunting, fishing, and camping with her dad.

“He still hunts quail, dove, and pheasant and I still go with him, as a bonding father-daughter thing. I go down to Texas and get on a horse; he hunts and I take pictures,” she said.

When Heard was 17 years old, her dad, reportedly, gifted her with a firearm right before she moved to Los Angeles to pursue her acting career. During her appearance on “Jimmy Kimmel Live!” in 2013, Heard revealed that the gun was a pearl-handled .38 special that doesn’t have a hammer. 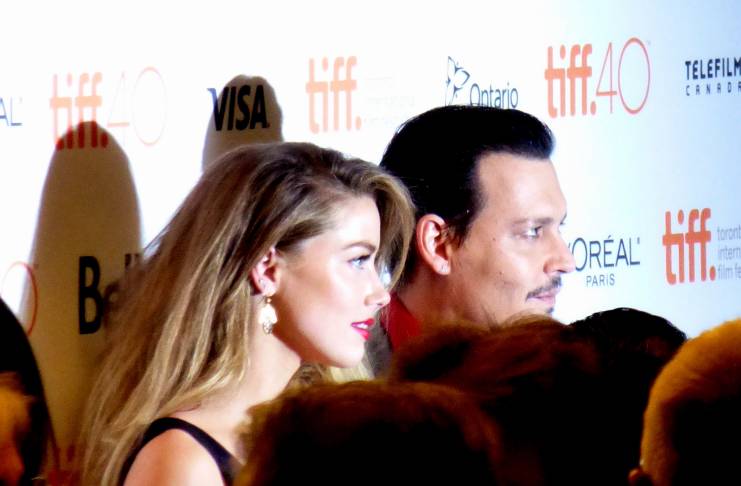 Meanwhile, Heard has also been making headlines as of late due to the ongoing defamation case that was filed against her by Depp.

Recent reports revealed that the actress threw a bottle of vodka at the “Pirates of the Caribbean” star during one of their heated encounters. The incident resulted in Depp cutting his finger.

Weeks ago, Daily Mail also released a recording of Heard and Depp fighting at home. In the audiotapes, Heard is taunting Depp. She tells her ex-husband that no one would believe he’s a victim of domestic violence.

After their divorce in 2016, Heard claimed that Depp was the one that physically, mentally, and verbally abused her. But the audio recordings suggest otherwise.