Amber Heard stepped out in public with her girlfriend, Bianca Butti this week.

The couple was photographed in Encinitas, California. In the photos, Amber Heard is wearing a black top and dark-wash jeans. Butti, on the other hand, donned a cowboy hat, dark-wash jeans, a leather jacket, and a red top.

Johnny Depp’s ex-wife also picked up a call during her outing.

Another photo of the couple shows Heard wearing a face mask and gloves. Butti, on the other hand, is wearing a white jacket and a pink face mask.

Heard and Butti never confirmed the status of their relationship directly. However, they were first linked to each other in January. At that time, the couple made out outside a hotel in Palm Springs.

It is unclear how Butti and Heard first met. But the former has also been in the industry for quite some time. Butti works as a cinematographer, and she was involved in Love & Hip-Hop: Atlanta. Butti also directed and wrote a short movie called The Proprietor.

According to Hollywood Life, Butti was undergoing a new round of treatments for her second breast cancer diagnosis earlier this year. One of her friends created a GoFundMe page for her, and it has raised $18,000.

Amber Heard and Butti’s sighting came just days after the Aquaman star shared a photo of herself riding her horse. And the actress’s sighting also happens to be the first time that Heard was seen in public since her mom’s death. 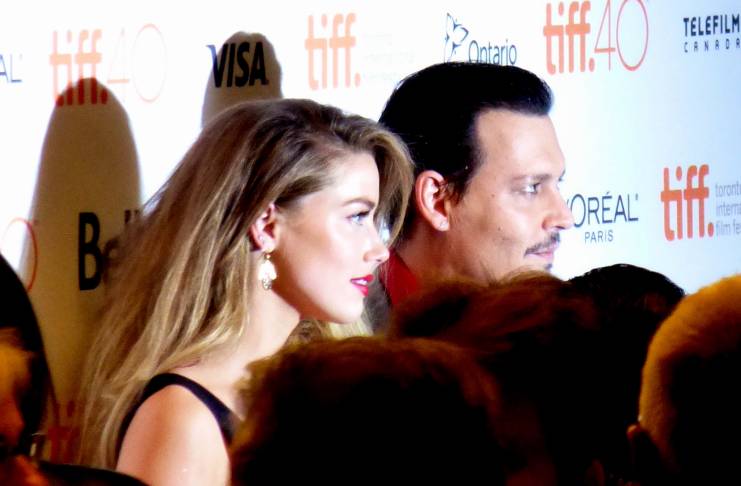 The Rum Diary star is being dragged in the libel case that Johnny Depp filed against The Sun, the News Group Newspapers (NGN), and editor Dan Wootton.

The accounts of Depp’s exes, Vanessa Paradis and Winona Ryder will also be part of the hearing.

According to Mirror, a trial at London’s Royal Courts of Justice will commence on July 7. However, strict social distancing measures will be put in place.

Heard and Depp officially divorced in 2017 just months after the former accused the latter of domestic violence. The former couple eventually settled the allegations.

However, Depp filed a $50 million lawsuit against Amber Heard shortly after.