Onchain analysts Willy Woo has sparked debate with his claim the value of Bitcoin transactions will ‘exceed the internet’ in 2020.

Overnight Woo tweeted that the total value of internet transactions in 2019 was $4.1 trillion, with Bitcoin nipping at its heels with $3.8 trillion.

“Bitcoin to exceed the internet in 2020” he wrote, adding: “BTW Bitcoin pertains to investment velocity while the Internet is payment velocity. Quite different, Bitcoin is currently a store of value, so investment is more important.”

Woo’s tweet wasn’t based on his own figures, but on those cited by another Crypto Twitter analyst called CL who sourced the figures from the Statista Digital Market Outlook.

Bitcoin to exceed the Internet in 2020.

BTW Bitcoin pertains to investment velocity while the Internet is payment velocity. Quite different, Bitcoin is currently a store of value, so investment is more important https://t.co/v6oSZM01NJ

Your first instinct might be to recall that 95% of all Bitcoin volume is supposedly fake – however the figures refer to onchain transactions rather than exchange volume.

But even with onchain transaction value, there’s a big question over whether it’s a case of comparing apples to oranges.

Woo wasn’t having that: “Buying more widgets on Amazon is hardly the same as storing hard earned wealth in an unconfiscatable asset while an economy collapses and people go hungry on the streets because their wheel barrow of money doesn’t buy anything.”

That may be true, but as @panekkkk and a number of other users pointed out, a fairer comparison would be between Bitcoin transactions and interbank settlements or money transfers.

“It’s also comparing payments to all transaction volume on Bitcoin (not just payments). For a fair comparison you’d have to include all forms of digital fiat MOE which likely includes various interbank settlements etc,” he wrote.

It's also comparing payments to all transaction volume on Bitcoin (not just payments). For a fair comparison you'd have to include all forms of digital fiat MOE which likely includes various interbank settlements etc.

Figures from ChainAnalysis suggest that only 1.3% of Bitcoin transactions are actually used to buy stuff from retailers – which is only slightly ahead of the 1% used to buy dodgy stuff on the Darknet.

It also turns out the Statista Digital Market Outlook doesn’t include figures from China.

One user pointed out the Center on Regulation and Markets at Brookings had released a report showing the value of mobile payments on Alipay and WeChat Pay in China in 2018 alone was $41 trillion.

The Statista figures for Bitcoin transactions in 2019 are also significantly higher than other estimates.

It’s exponentially more than all the other years combined however. 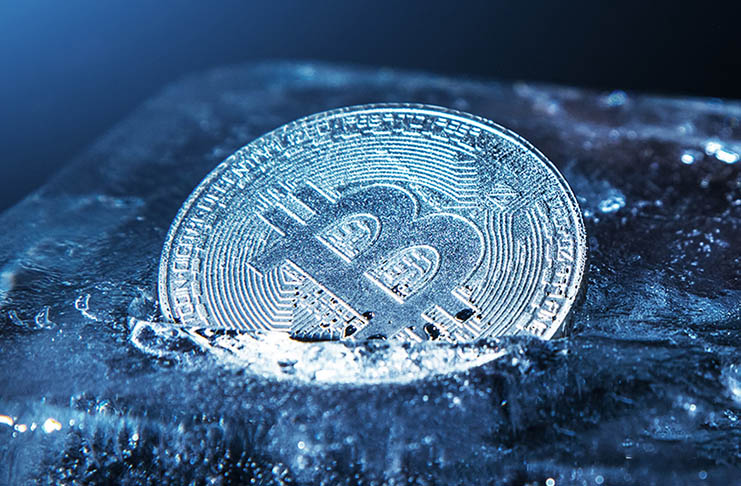 Reasons to be cheerful

The average value transferred via Bitcoin was around $5000 last year.

According to Coin Metrics daily on chain Bitcoin transactions peaked at $20 billion a day, or 10x what it began 2019 at. The current figure is twice as high as a year ago.

“It is nearly impossible to deny Bitcoin’s popularity globally.”

Of course, Pompliano’s tweet then sparked a WHOLE new debate which you can read by clicking on the tweet below.

Bitcoin did $673 billion in adjusted on-chain transaction volume in 2019, according to @coinmetrics.

It is nearly impossible to deny Bitcoin's popularity globally.