Angelina Jolie has, reportedly, been creating scheduling conflicts to prevent Brad Pitt from spending time with their six children.

According to National Enquirer, Pitt is devastated by his ex-wife’s cruel tactics to keep him away from Maddox, Pax, Zahara, Shiloh, Vivienne, and Knox.

A source told the tabloid that Jolie has been scheduling Pitt’s time with their kids on days that he’s busy.

The tabloid claimed that Jolie is preventing Pitt from seeing their kids in retaliation to the actor’s relationship with Alia Shawkat.

An unnamed source told the tabloid that Jolie immediately withheld her ex-husband’s access to their kids after learning about his new relationship.

“She’s meant to send them over to his place every few days, but instead she hit the roof over the fact that he’s been dating under her nose and refused to hand them over,” the source said. 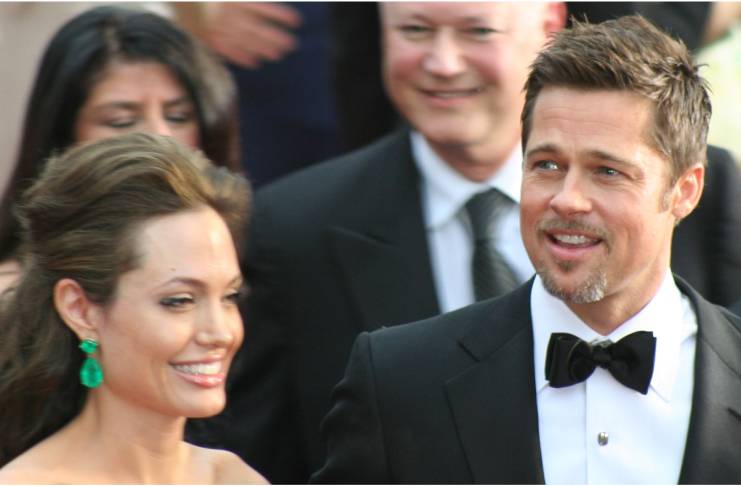 The rumor-debunking site, Gossip Cop learned that both claims are false.

Jolie has not been preventing Pitt from seeing their kids due to Shawkat. After all, Pitt and Shawkat are just friends.

A judge ordered the “Maleficent: Mistress of Evil” star to allow Pitt to hang out with their kids. As such, it is unlikely for Jolie to be creating scheduling conflicts.

Previous reports revealed that a judge warned Jolie about losing custody of her kids if she prevents Pitt from seeing them.

However, the more reliable report still didn’t stop other tabloids from creating false storylines about Jolie and Pitt’s custody battle.

Last year, In Touch Weekly, alleged that Jolie was planning to move to Africa to keep her kids away from their dad.

The tabloid came up with the false narrative after hearing the actress’ interview with Harper’s Bazaar.

At that time, Jolie said that she prefers to live abroad. However, her custody agreement with Pitt prevents her from leaving Los Angeles.

Jolie took her kids to New Mexico because she was filming for her upcoming movie, Those Who Wish Me Dead.

Jolie usually takes her kids to the set of her upcoming movies. And this doesn’t mean that she’s keeping her children away from Pitt.