Angelina Jolie is, allegedly, suffering from depression and seeking comfort from her ex-husband, Billy Bob Thornton.

According to unnamed sources, Angelina Jolie is devastated over the news that Brad Pitt and Jennifer Aniston have rekindled their romance. As such, she has decided to seek support from her second ex-husband.

However, the storyline is unlikely to be 100 percent accurate. Jolie and Thornton split in 2003, which means that they have both moved on from each other.

During an interview with GQ in 2016, Thornton revealed why his three-year marriage to Jolie didn’t work out. He said that he never felt good enough for the A-lister.

According to Thornton, he was more comfortable spending time at home instead of hanging out with politicians. The actor made it clear that Jolie never pressured him to hang out with high-profile individuals.

“I’m really uncomfortable around rich and important people. I like how I am,” he said.

Thornton also said that he and Angelina Jolie are on good terms. The actor still has the tattoos of Jolie’s name on his body.

GQ’s Taffy Brodesser-Akner also revealed that Thornton and Jolie talk to each other every few months.

“She’s just so busy with the kids and work and the many houses in the many countries, but the minute they connected it’s like old times (minus phlebotomy and face gnawing,” she said. 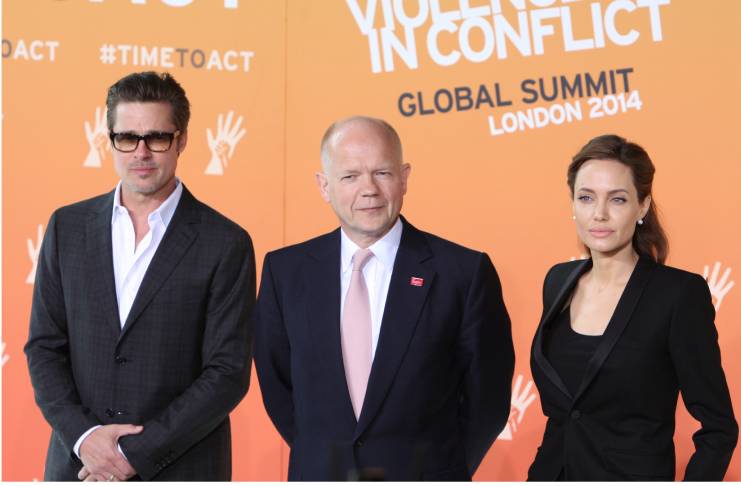 Angelina Jolie opens up about her depression

Reports about Jolie’s alleged depression have also been rife since she openly talked about it in 2015. However, it is unlikely for the Maleficent: Mistress of Evil star to be suffering from depression because of Pitt and Aniston.

After all, Pitt and Aniston have not rekindled their romance and they are also just friends.

While speaking with Hello! magazine, Jolie blamed her upbringing in California for her unhappiness and depression. In Los Angeles, Jolie said that the focus is very inward.

“I didn’t know why I was so destructive and miserable. I didn’t appreciate or understand my life,” she said.

Jolie also said that she was raised in a place where money, fame, looks, and ability to work in the industry are tantamount to having everything in the world. But the actress soon learned that she can have all those things but still be empty.

Angelina Jolie managed to deal with her depression through her humanitarian work, which she continues to do today.