Angelina Jolie, allegedly, has a secret crush on David Beckham.

According to Now to Love, Brad Pitt’s ex-wife has been sending David Beckham secret texts about a possible joint project.

A source told the tabloid that David’s wife, Victoria, is not pleased to know that her husband is texting Jolie. After all, the Maleficent: Mistress of Evil star has a “man-eater” reputation.

“Ange and David came very close to working with each other several years ago for an ad campaign, and she’s never been able to get him out of her mind since. She’s always had a crush on him,” the source said.

The insider went on to say that David is well-loved by his fans that’s why Jolie wants to work with him. This way, she would also look good standing next to the athlete.

“Jolie thinks they have lots in common – besides beauty and brains. And hopes he’ll teach some of his soccer moves to her daughter Shiloh, who’s a keen player,” the source said.

Additionally, Victoria, allegedly, pouts and kicks up a stink every time her husband gets close to other women. So, it is unlikely that she will allow the athlete to work with Jolie.

According to Gossip Cop, the report about Jolie having a crush on David Beckham is false. It is also untrue that Pitt’s ex-wife asked Beckham to work with her. 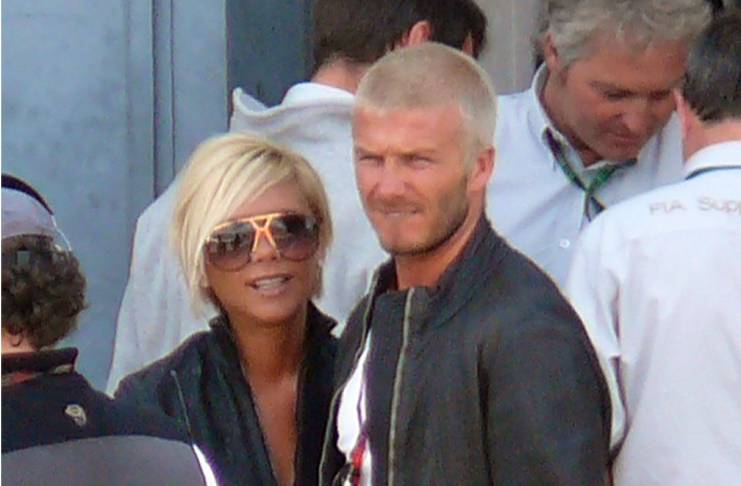 This isn’t the only dubious story that has been written about David. In 2018, the same tabloid claimed that the Beckhams had their biggest fight ever.

The former Spice Girls member was, allegedly, enraged when she found out that David was all over the models when he launched his company, House 99.

A source said that the Beckhams’ relationship has changed in recent years. And they are no longer the same people when they first got together.

One month later, OK! magazine claimed that the Beckhams were splitting because of Bella Hadid. Years ago, David was photographed chatting with the actress.

A source claimed that the sighting rubbed salt in Victoria’s wounds. She and her husband are, allegedly, growing apart and living separate lives because of it.

Months later, Now to Love once again released a fabricated story about David. The linked the athlete to Courteney Cox after their cameo in Modern Family.

Victoria was, allegedly, livid after seeing her husband and Cox in a hot tub together. But the photo was part of the scene that they were in.

Gossip Cop once again debunked all the claims. The publication assured fans of David Beckham and Victoria that they are still together.