Angelina Jolie is reportedly planning to adopt her seventh child, and she made Brad Pitt furious.

Angelina Jolie and Pitt already have six children together. The former couple adopted their three older kids, while their three youngest are their biological kids.

A source told Heat that Jolie is desperate about wanting to have another child that she reached out to an adoption agency.

Pitt wasn’t, allegedly, pleased with Jolie’s plans because he thinks that this is her way of pushing him out of the picture.

Last year, Radar Online published a similar story. The tabloid claimed that Jolie has decided to adopt another baby after sending Maddox off to college.

Since it was Maddox’s first time to be away from his mom, Jolie was allegedly feeling said. The Maleficent: Mistress of Evil star, allegedly, wanted to fill the void.

Months ago, Globe joined in on spreading false rumors about Jolie. The tabloid claimed that the actress will push through with her adoption plans after finalizing her divorce from Pitt. 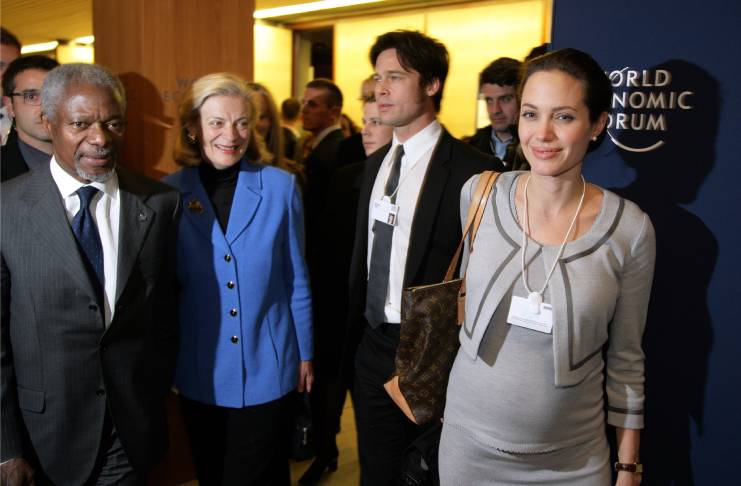 Angelina Jolie couldn’t, allegedly, move forward with the adoption since she needs to spend a lot of money for her divorce and her ongoing custody battle against Pitt.

“Now that the settlement is in the final stages – and she’s confident it will be done and dusted any week now – they can both go on and live their lives,” the source said.

But according to the rumor-debunking site, Gossip Cop there is no truth to the claims made by the tabloids. Jolie has no plans to adopt a seventh child by herself.

And if the actress eventually decides to adopt another baby, it is unlikely for Pitt to have any say on the matter. After all, the couple has been divorced since 2016.

Before the couple decided to call it quits, Jolie spoke with People about her baby plans with Pitt. At that time, the actress said that she and her ex-husband didn’t have any plans to have more kids.

“Something could change tomorrow so I don’t know,” she said.

Since then, Jolie has not talked about wanting to have more kids. And by the looks of it, having six kids is proving to be more than a handful.

Angelina Jolie isn’t also able to date right now because her main priority remains to be her children and her career.