Angelina Jolie is, allegedly, still bitter over the fact that Brad Pitt gets to date around while she’s stuck at home with their kids.

According to In Touch Weekly, Angelina Jolie wants to get some revenge. The Maleficent: Mistress of Evil star is, allegedly, not happy with the fact that Pitt has been violating lockdown guidelines by seeing his rumored girlfriend, Alia Shawkat.

As of late, Pitt and Shawkat have not been photographed hanging out together. But the latter went biking around Pitt’s neighborhood. A source previously said that Shawkat and Pitt live five to 10 minutes away from each other.

There were also rumors suggesting that Shawkat and Pitt had a sleepover at the actor’s home.

“And Angelina has no way of knowing how careful Alia and Brad are being in the midst of this health crisis. She’s implying that they could be putting the children at risk,” the source said. 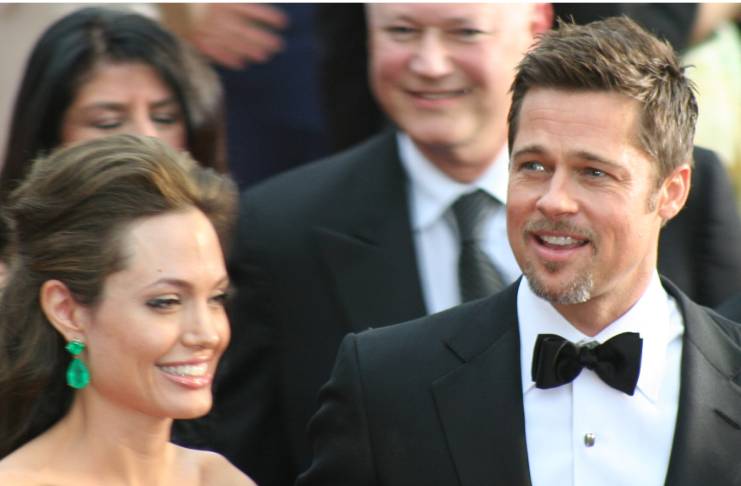 The insider also said that Jolie has already made it clear to Pitt that he cannot introduce Shawkat to their children even after the lockdown. The Ad Astra star is, allegedly, furious at his ex-wife’s decision because he knows for sure that his kids would adore Shawkat.

According to the source, Pitt thinks that Angelina Jolie is just threatened by Shawkat.

However, it is unlikely for the claims of the tabloid to be correct. After all, Pitt and Shawkat are not dating. Rumors about their budding romance first came to light after they were seen at an event together.

Just recently, a source told Us Weekly that Pitt and Shawkat are just friends. The insider said that Shawkat has also been a wonderful help to Pitt as he transitions from being married to being single.

The source also said that Pitt and Shawkat have been hanging out a lot. But what they have now is nothing more than just an organic friendship.

It is also untrue that Jolie is fuming over Pitt and Shawkat’s relationship. After all, the award-winning actress already has a life of her own. Jolie previously said that her main priority is her children.

Us Weekly also revealed that Jolie and Pitt’s relationship has been cordial in recent months. After years of fighting over the custody of their children, the former couple has, reportedly, started seeing each other eye to eye.

“Things between Brad and Angelina Jolie are better than they ever have been. They’re more cordial – they’re aiming toward resolutions that work for each of them,” the source said.