Angelina Jolie, allegedly, banned George Clooney from being friends with Jennifer Aniston while the former was still with Brad Pitt.

According to Woman’s Day, George Clooney received strict instructions from Jolie not to associate himself with Aniston. And the actor agreed to cut ties with his good friend to avoid any awkwardness. However, no concrete pieces of evidence can confirm that these hearsays are correct as of this writing.

“It was a horrible situation for both of them because they have always gotten along famously and missed each other’s company. But they always hoped things could change and they’d get the chance to hang out again,” the unnamed source said, as per Woman’s Day.

However, Gossip Cop immediately debunked the claims. The publication noted how E! News detailed the history of Clooney and Aniston’s friendship. And it, reportedly, prevailed even after the Friends star and Pitt divorced. 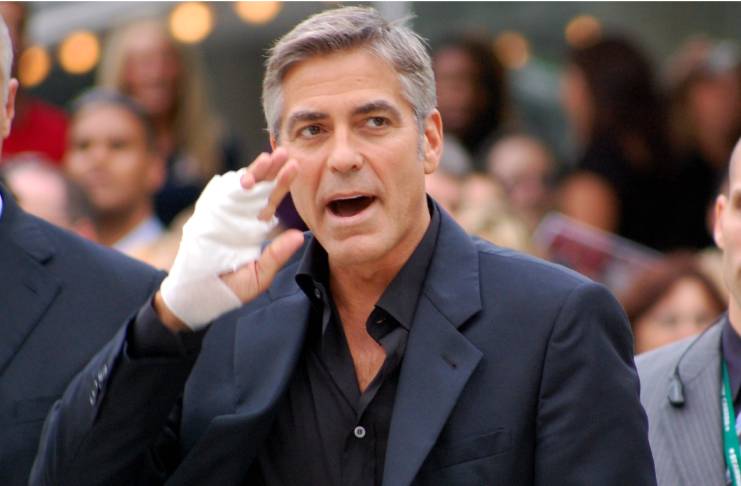 Several other tabloids have been publishing dubious stories about Clooney, his wife, Amal, and Aniston. Life & Style alleged that Amal was playing matchmaker for The Morning Show actress.

An unnamed source told the tabloid that Aniston was the one that asked Amal for help in finding the man of her dreams. Aniston, allegedly, wanted to date someone who’s not from the showbiz industry. And the actress knows that Amal could help her because of the latter’s connections.

“Amal knows plenty of intelligent, sexy, successful men who would jump at the chance to date Jen and has been busy compiling a list of eligible bachelors,” the unnamed source said, as per Life & Style.

The insider also claimed that Amal advised Aniston to stop dating actors following her failed marriages to Pitt and Justin Theroux. And the wife of George Clooney told Aniston that she should date someone who works behind the scenes.

“Jen’s ready to get back out there. She completely trusts Amal’s judgment,” the source said.

However, People reported that Aniston doesn’t want to go out on dates. Aniston is, reportedly, focused on her work.

Between the two publications, People’s claim is proven to be more accurate. After all, Aniston is still single today.

As for the Clooneys, they are still together. But several tabloids have been claiming that they are on the brink of a divorce.

Globe claimed that George Clooney and Amal were fighting for their $500 million divorce. However, no concrete pieces of evidence were able to prove that these hearsays are correct until today.