According to Globe, Angelina Jolie has banned men from her bed. She is now, allegedly, on the prowl for women.

A source told the tabloid that Jolie’s children are encouraging her to start dating again. However, the actress is, allegedly, more interested in snuggling with women under her sheets.

“Angie’s always considered herself bisexual, and she’s had many romances with men and women, but she finds that being with a woman is more her style, especially at this stage in her life,” the source said.

Angelina Jolie on the prowl for women?

The insider went on to say that Jolie’s friends are helping her find a woman that she could date. They, allegedly, want her to be with someone who’s sensitive, intellectual, and someone who she can keep up with physically and emotionally.

Jolie, allegedly, prefers someone who is slim, cute, a bit of a tomboy just like Calvin Klein model Jenny Shimizu. According to the tabloid, Jolie and Shimizu dated in the 90s.

The actress talks about Jenny Shimizu

At that time, Pitt’s ex-wife said that she fell in love with Shimizu, the first second that she saw her. The tabloid claimed that Jolie and Shimizu’s affair continued while she was already married to Johnny Lee Miller.

“I suddenly found myself having these feelings I always had for men, but for a woman… and wanting to kiss her and wanting to touch her. I probably should have married Jenny Shimizu if I hadn’t married my first husband,” Angelina Jolie said during a previous interview. 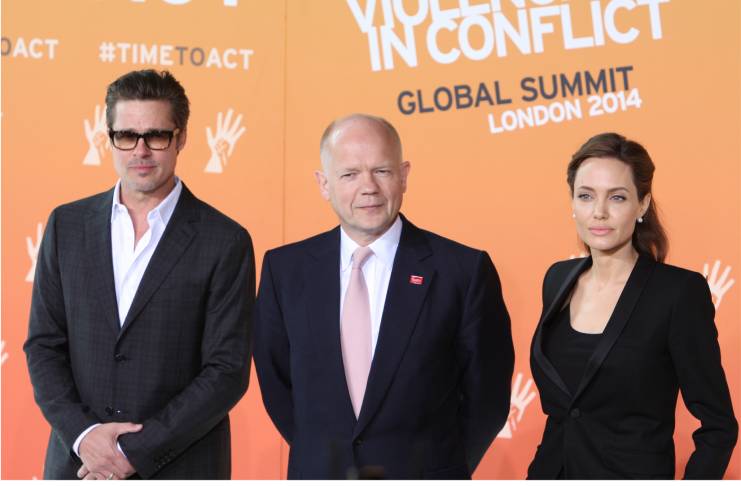 Years after Jolie’s third divorce, the actress is, allegedly, looking for some respite with a woman. After all, the actress feels that she went through so much with Pitt. The Once Upon A Time In Hollywood star has been dubbed as a “pain in the neck” by the tabloid.

“Brad’s been on a dating spree of late, but made as she is, Angie’s not looking for payback. She’s looking to move on and find a lady for herself,” the source concluded.

As of late, Pitt and Jolie have not yet commented on the tabloid’s allegations about their divorce and respective dating lives. As such, the claims should be taken with a grain of salt.

More reliable sources revealed that Angelina Jolie and Pitt are focusing on their careers, as well as their six children.