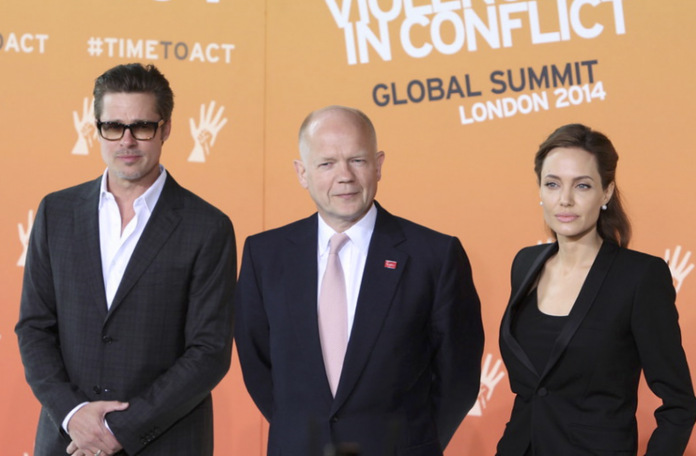 Angelina Jolie and Brad Pitt have separated over three years ago. After being embroiled in a bitter custody battle, things are getting better for the exes.

Angelina Jolie and Brad Pitt broke the hearts of their fans when they announced their separation in 2016. Things weren’t amicable at the time for the then-couple who were feuding over their six children’s custody. How’s Pitt and Jolie’s relationship at present?

Angelina Jolie and Brad Pitt reportedly had an altercation on the plane before their split. When they announced their separation, Jolie filed for primary custody for their six kids.

Pitt requested joint custody. The former couple was not on speaking terms for months. In 2018, things were better, and the two finally agreed for joint custody.

At present, Pitt and Jolie have finally learned to come to terms.

“Brad and Angelina have come a long way,” a source told Entertainment Tonight.

“To the surprise of many of their closest friends, their communication has improved tremendously and they’re both dedicated to co-parenting. Their kids have a custody schedule and that’s made a huge difference for the whole family.”

The custody schedule has helped the exes agreed on how they spend time with their children. The Jolie-Pitt kids have been spending time with both of their parents, and they are happy and thriving.

For months, the world has been on lockdown due to the coronavirus pandemic. However, Angelina Jolie and Brad Pitt didn’t let the global pandemic affect their parenting arrangement.

The kids are living with Jolie. However, they still regularly see their dad, Pitt.

According to a family lawyer, the exes are more cooperative this time.

“It seems to show they are being far more cooperative and reaching agreements compared to the beginning of the divorce,” said LA family law attorney Kelly Chang Rickert.

What did Jolie say about Pitt after their split?

It wasn’t a secret that Angelina Jolie and Brad Pitt didn’t have an amicable split. However, in a past interview, the Maleficent 2: Mistress of Evil actress was very careful with her words when she spoke about Pitt.

In fact, in an interview with Vogue, Jolie still referred to Pitt as a family.

“We care for each other and care about our family, and we are both working towards the same goal,” Jolie said.

In the same interview, Jolie praised their kids for being strong. However, she made a cryptic statement when she said that their children were not healing from divorce but from something. Many thought that she was alluding to Pitt.