New Idea recently discussed the Vogue interview of Angelina Jolie, where she talked about her divorce from Pitt. The Maleficent: Mistress of Evil star said that she made the right decision by divorcing her ex-husband.

“I separated for the wellbeing of my family. It was the right decision. I continue to focus on their healing. Some have taken advantage of my silence, and the children see lies about themselves in the media, but I remind them that they know their own truth and their own minds. In fact, they are six very brave, very strong young people,” she said.

However, the tabloid claimed that Jolie made a snide comment about Pitt during her interview. It is important to note that the actress simply shared her thoughts on her separation and how it has impacted her family.

“Angelina Jolie can’t stop making snide comments about her ex-husband. In a new interview with Indian Vogue, the 45-year-old Maleficent star again confirmed that she has no regrets over her bitter divorce, and commended the courage of her kids…” the tabloid claimed.

To make their claim more convincing, the tabloid uploaded a photo of Angelina Jolie looking enraged. However, the photo wasn’t featured in her recent interview. 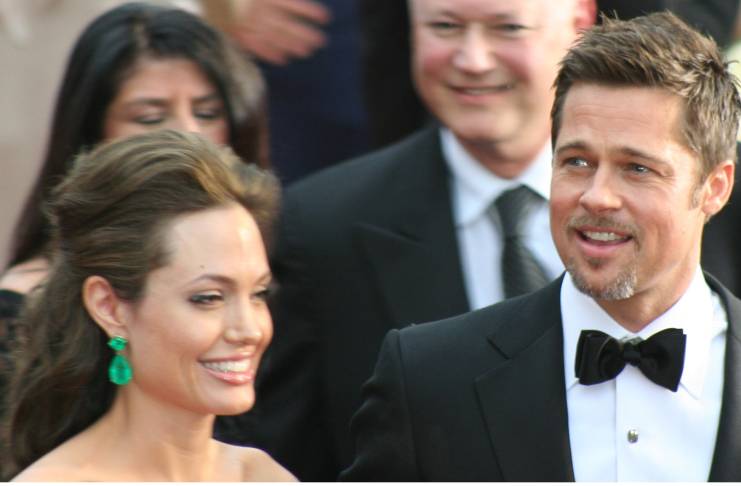 This isn’t the first time that Jolie was painted negatively by a tabloid. In March, National Enquirer claimed that the actress couldn’t find a man to date because everyone’s scared of her.

“The guys in Hollywood tend to steer clear of women who could cause them trouble later on. A lot of people think Angie is intimidating and meanspirited after what she put Brad through,” the unnamed source said, as per National Enquirer.

According to the insider, Jolie was also humiliated after seeing how Pitt connected with Jennifer Aniston at the SAG Awards.

“She’s tired of seeing Brad finding happiness when it’s been difficult for her to find anyone,” the source said.

However, no concrete pieces of evidence can confirm that these hearsays are correct as of this writing. And it is important to remember that Pitt and Jolie are living separate lives.

As such, Angelina Jolie doesn’t have a say if Pitt wants to date or find the happiness that he deserves.