Angelina Jolie, previously, explained why she decided to adopt three of her children from different continents.

While speaking with Vanity Fair, Angelina Jolie said that her decision to adopt a baby from Cambodia, Ethiopia, and Vietnam was intentional.

“Yeah, absolutely intentional. When I was growing up I wanted to adopt, because I was aware there were kids that didn’t have parents. It’s not a humanitarian thing, because I don’t see it as a sacrifice. It’s a gift. We’re all lucky to have each other,” she said.

“I look Shiloh – because, obviously, physically, she is the one that looks like Brad and I when we were little – and say, ‘If these were our brothers and sisters, how much would we have known by the time we were six that it took into our 30s and 40s to figure out? I suppose I’m giving them the childhood I always wished I had,” Jolie added. 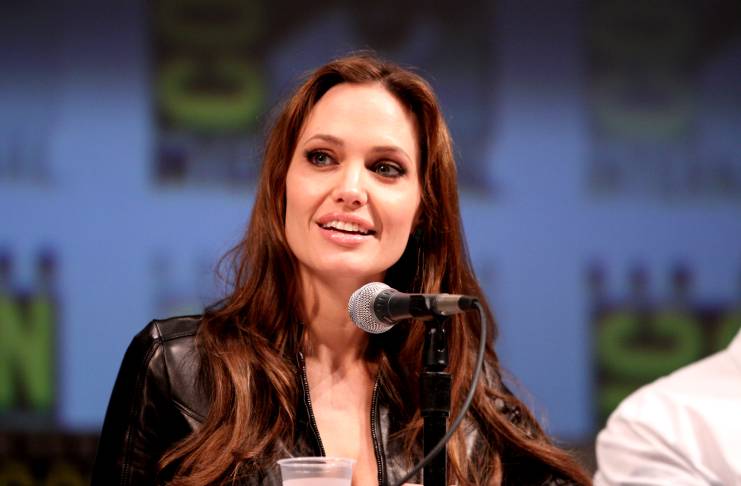 The Maleficent: Mistress of Evil star also opened up about what it was like adopting three of her six children. And she detailed the time when the nurse came into the room with Maddox and left 10 minutes later.

“I stared at this little guy and didn’t know what to do. I called my mom and I remember saying, ‘Do kids have two or 10 bottles a day? I’m at a loss. I had never babysat, let alone…” she said.

Jolie then talked about the birth of her first biological child, Shiloh in Namibia. The actress called Shiloh’s birth the greatest thing especially since they were the only ones staying at a hospital in Africa.

“We had wonderful doctors and nurses. It was lovely, very personal, all three in this sweet room. We had an American doctor with us, who had met the Namibian doctors, and they worked in tandem because it was a C-section and my first and we didn’t know the country. He spent a few weeks with us. There was only one pediatrician in town, and one anesthesiologist, who had to come in for that you have to plan it,” she said.

The Unbroken director also talked about her mom, Marcheline Bertrand. She said that before the latter passed away, Maddox already became aware that his grandmother was sick.

As such, when Bertrand died, Jolie sat Maddox down and discussed the concept of heaven with him.

“When I told him, and I was crying, ‘Grand-mère died today, we won’t be able to see her anymore, but she’ll always be around,’ he said, ‘Like she’s here now? Like she’s in that chair?’ And I said, ‘Well, I suppose she could be.’ And he accepted it. It’s funny. It’s like we teach kids the things that we want to believe. Then we see that they have such beautiful faith and it helps them go to bed and we’re in the other room not sleeping well,” Angelina Jolie said.