According to Globe, Angelina Jolie is not happy to know that Pitt and Shawkat have been spending a lot of time together while she and her kids are on lockdown.

A source told the tabloid that Jolie has no problem with whoever her ex-husband wants to date. However, the fact that he’s enjoying his time while Jolie is busy tending to their kids is what made her angry.

The insider also claimed that the final insult for the Maleficent: Mistress of Evil star was when she saw photos of Shawkat biking around Pitt’s neighborhood. This, allegedly, led Jolie to think that Shawkat has been spending days and nights with Pitt.

Another issue that Jolie, allegedly, has with Pitt and Shawkat’s rumored romance involves her 13-year-old daughter, Shiloh. The source claimed that Shawkat has already met Shiloh, and they get along well.

After spending some time with each other at Pitt’s home, Shiloh went back home to her mom and raved about Shawkat. The source said that Shiloh’s excitement over her new friendship with Shawkat left Jolie furious. 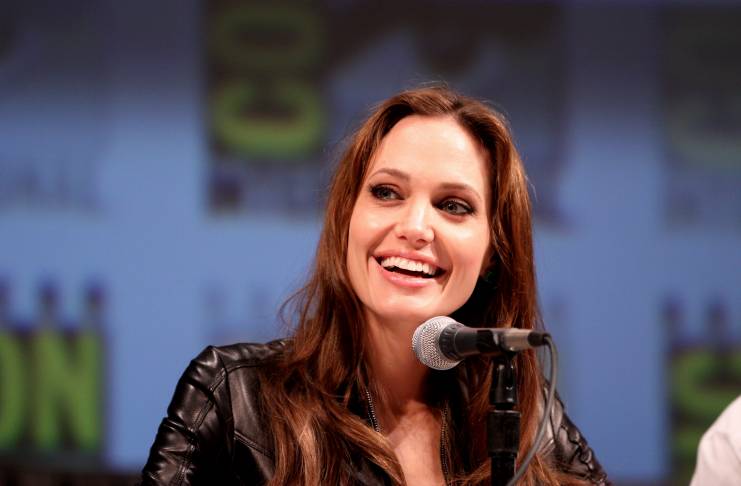 According to the source, Jolie immediately phoned Pitt and ordered him to tell Shawkat to stay away from her kids. The insider also said Pitt initially hoped that Angelina Jolie and Shawkat could become friends. However, it’s unlikely for this to happen.

“Angie doesn’t have a lot of female friends, and she has no intention of making Brad’s new babe one of them,” the source said.

Did Brad Pitt introduce Alia Shawkat to his parents?

This isn’t the first time that Shawkat is rumored to have been introduced to Pitt’s loved ones. Last month, In Touch Weekly, claimed that Pitt introduced his rumored girlfriend to his parents.

Even though Shawkwat has already met Pitt’s parents, the rumored couple is still taking things slow.

However, it is unlikely for the claims made by the tabloid to be correct. After all, Shawkat and Pitt are not dating. According to Us Weekly, the A-listers have an incredibly tight bond and they trust each other completely.

Shawkat also lives just five to 10 minutes away from Pitt’s home. This explains why she was spotted in the actor’s neighborhood.

It is unlikely for Angelina Jolie to be upset over her ex-husband’s new romance since Pitt and Shawkat are not a couple. Pitt and Jolie remain single up to this writing.