Angelina Jolie’s health has been a source of concern among her fans for years.

In March, Now to Love published a bogus story about Angelina Jolie alongside a photo of the actress looking frail as ever.

A source told the tabloid that Jolie is stressed over Brad Pitt and Jennifer Aniston’s rekindled romance. As such, she can barely stand without collapsing.

“She is always lightheaded. Her assistants rarely let her walk anywhere by herself in case she keels over. It’s no surprise given what Angie eats – or doesn’t. You are lucky if you can force two grapes a day into her mouth alongside her usual mainlining of caffeine. And it doesn’t take a genius to know why,” the source said.

Rumors about Pitt and Aniston getting back together have been rife in recent years. However, this is untrue. The former couple, who divorced in 2005, are just friends. 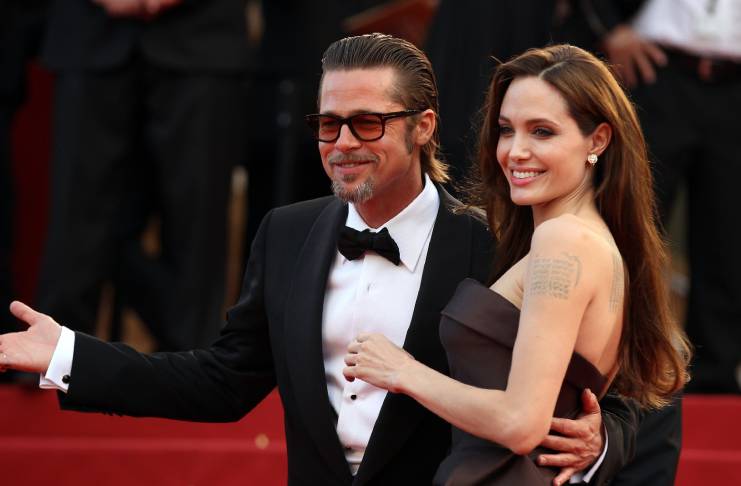 The tabloid thinks that this isn’t the case. To add more fuel to the fire, the source said that Aniston visited Jolie’s children, Zahara and Shiloh following their recent surgeries.

And when Jolie saw Aniston at the hospital, she, allegedly, went over the edge.

“Angie’s been consumed with rage and not much else from that moment,” the source said.

According to Gossip Cop, Angelina Jolie has no issues with her health. And it is unlikely for the actress to go over the edge over an incident that didn’t really take place.

It is also untrue that Aniston visited Zahara and Shiloh at the hospital post-surgery. After all, Aniston didn’t have any business being there because she’s not dating Pitt. Aniston doesn’t also have a relationship with Jolie and Pitt’s six children.

Pitt and Aniston dated years before the Ad Astra actor met Jolie. But after they were cast in Mr. & Mrs. Smith, Pitt left Aniston for Jolie. Years after their divorce, Pitt, reportedly, apologized to Aniston after his divorce from Jolie.

A source told Entertainment Tonight that the former couple has put everything behind them.

“Brad is in such a different place than he was when they were together. Brad is truly an introspective guy who has worked hard on himself. He has apologized to her for many things he felt were his issues in their relationship. He truly takes ownership of his mistakes, and that has changed their relationship with each other today. They both have moved on,” the source said.

At present, Angelina Jolie, Pitt, and Aniston are all single.