Angelia Jolie, allegedly, thinks that starving herself and losing as much weight as possible is the best way to get back at Brad Pitt.

According to Globe, the weight of Angelina Jolie is down to just 90 pounds. A source told the tabloid that the Maleficent: Mistress of Evil star knows that the best way to get her revenge on Pitt is by shrinking to a bag of bones.

“She knows that even though they’ve long since separated, he always hated it when she didn’t eat. He always encouraged her to take better care of herself. So, she figures the last thing she’ll do now is follow any one of the advice he used to preach,” the source said.

The insider also claimed that the judge’s recent decision over the custody of Jolie and Pitt’s children is taking a toll on the actress. Unfortunately, Jolie, allegedly, needs to suck it up and follow the judge’s orders even though she’s also struggling with her finances.

According to the source, the stress that Jolie is facing has resulted in her skipping meals. The actress is, allegedly, only eating a few bites of fruits and salads every day. There are also times wherein Angelina Jolie won’t eat at all. Rather, she’ll just drink a cup of coffee.

“She’s working long hours lining up movie deals and charity initiatives as well as penning essays about humanitarianism and helping with the kids’ schooling. Angie has never been so busy, but sadly her health has been neglected as a result,” the source said

The insider also described Jolie as a good mom. But no matter how bad her war with Pitt gets, the source said that the actress needs to take better care of herself. The source also said that Jolie needs to eat lunch and dinner daily. 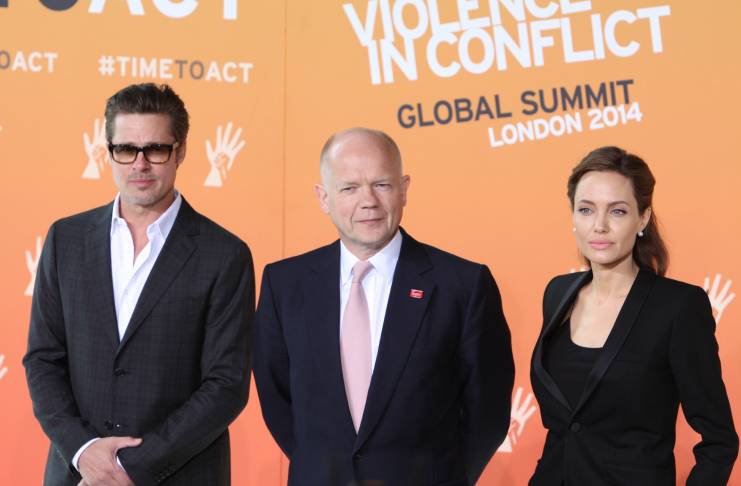 Rumors about Jolie starving herself or losing so much weight have been rife throughout the past couple of years. Two years ago, Star claimed that Jolie was rushed to the hospital because of her extreme weight loss.

The tabloid claimed that Jolie and Pitt’s divorce was taking a toll on the actress. As such, her weight to plummet. A source said that Jolie was routinely lightheaded and always on the verge of passing out.

However, Gossip Cop denied the claims made by the tabloid. The publication reached out to a rep for Angelina Jolie. They learned that the actress didn’t get rushed to the hospital because of her weight.