Angelina Jolie, reportedly, had her team leak stories about Jennifer Aniston after she was accused of being a man-stealer.

Brad Pitt was still married to Aniston when he started filming Mr. & Mrs. Smith with Angelina Jolie. Shortly after they started working together, Pitt and Jolie fell in love.

Pitt and Aniston announced their divorce in 2005. And even though the Friends star said that Jolie didn’t have anything to do with their split, the public was convinced that the latter stole Pitt from Aniston.

In the book Brangelina: The Untold Story, author Ian Halperin claimed that Jolie wanted to silence the man-stealer allegations so she put her team to work. One of the stories that they leaked about Aniston was about her plans to have a baby or the lack thereof.

Jolie’s camp spread the rumors that Aniston chose her career over having a baby with Pitt. This way, the public would think that the couple split because Aniston didn’t want to have a baby and not because of Jolie.

“Jolie and her camp planted press stories in 2005 that painted Aniston in a negative light. Specifically? That Aniston firmly prioritized her career over starting a family that put her directly at odds with Pitt, who ached for kids. She was convinced that this is the story that would resonate with all these women who saw her as a man-stealer,” Halperin said. 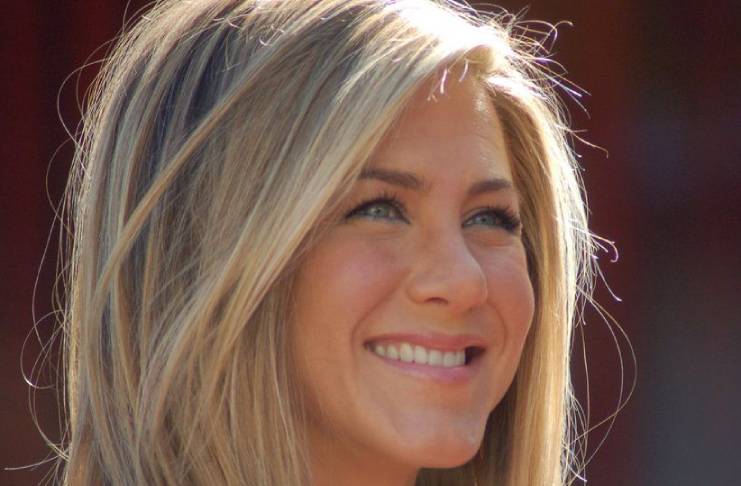 Jennifer Aniston pissed off by the fake baby rumors

While speaking with Vanity Fair, Aniston denied the claims. The actress also said that the rumors pissed her off.

“That really pissed me off. I’ve never in my life said I didn’t want to have children. I did and I do and I will! The women that inspire me are the ones who have careers and children; why would I want to limit myself? I’ve always wanted to have children, and I would never give up that experience for a career. I want to have it all,” Aniston said.

However, the Aniston never blamed Jolie for, allegedly, spreading lies about her.

During the same interview, Aniston’s friend said that it was Pitt that wasn’t ready to have a child with The Morning Show actress.

“When Brad and Jen were in the marriage, having a baby was not his priority – ever. It was an abstract desire for him, whereas for Jen it was much more immediate. So, is there a part of Brad that’s diabolical? Did he think, I need to get out of this marriage, but I want to come out smelling like a rose, so I’m going to let Jen be cast as the ultra-feminist and I’m going to get cast as the poor husband who couldn’t get a baby and so had to move on?” the friend said.

Angelina Jolie, Aniston, and Pitt have not discussed the past rumors recently.