Angelina Jolie, previously, made a shocking revelation about her daughter Shiloh’s name.

While speaking with Vanity Fair, Angelina Jolie revealed that she used the name Shiloh Baptist as an alias whenever she would stay at different hotels.

The Maleficent: Mistress of Evil actress also explained why she and Brad Pitt decided to name their eldest biological daughter as such.

She said that Shiloh is a biblical name. However, Jolie made it clear that this wasn’t why they gave their 14-year-old daughter the moniker.

“It was a name my parents almost named their first child – there was a miscarriage: Shiloh Baptist. Because my father had been shooting in Georgia and that was the most southern name [my parents] could come up with. It’s a name I always liked. I used to go under it in hotels: Shiloh Baptist. I’d gone under it when Brad called hotel rooms where I was staying,” she explained. 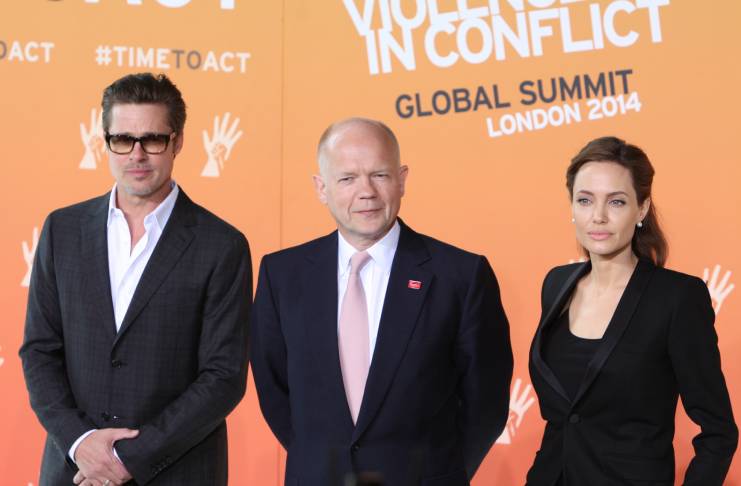 During the same interview, Jolie also talked about how she wants to raise her six children. She said that she wants to teach her children about all religions.

“[My mother] was Catholic but also a child of the 60s. She stopped going to confession at one point because she was having sex before marriage. To me, she represented what religion should be. She never preached. If things didn’t make sense to her, she never just accepted it. I had communion, but she never forced me to go to church,” she said.

Angelina Jolie revealed that Pitt once gifted her with a bookshelf filled with books on every religion. She said that this is how she wants to raise Maddox, Paz, Zahara, Shiloh, Vivienne, and Knox.

“They can pick one or be a student of all of them. We’ll celebrate Kwanzaa for our girl. We’ll celebrate moon and water festivals for our boys. We’ll take them to temples in certain countries. Also to church,” Jolie said.

The Unbroken director also shared some of her memories about her late mother, Marcheline Bertrand. Jolie said that it was after her mom’s death that she realized what truly matters in life.

“When [my mother] passed, I realized that somebody who lives life with that kind of dedication to their family is the noblest. I was aware of it growing up. I admired her. And I loved her. But in her passing, she reminded me what matters. And what’s the most fun – to put yourself aside for these other little people you’re raising,” Jolie said.

Today, Angelina Jolie and Pitt’s kids are all grown up. Their eldest son, Maddox is 18 years old. And their youngest, Vivienne and Knox are turning 12 years old next month.