Brad Pitt, allegedly, visited his ex-wife, Angelina Jolie, at her home in Los Angeles this week.

According to Daily Mail, Pitt spent two hours at his ex-wife’s compound in Los Feliz. The publication shared photos of Pitt riding his motorcycle after, allegedly, visiting Angelina Jolie.

According to Daily Mail, Pitt has been spotted Los Angeles on various motorcycles in recent months. The Once Upon A Time In Hollywood actor was, reportedly, spotted riding his motorcycle at a protest for George Floyd.

As of late, there is still no confirmation as to whether Pitt was Jolie’s neighborhood to visit the actress and their children. But there have been ongoing rumors that the exes have a more cordial relationship. 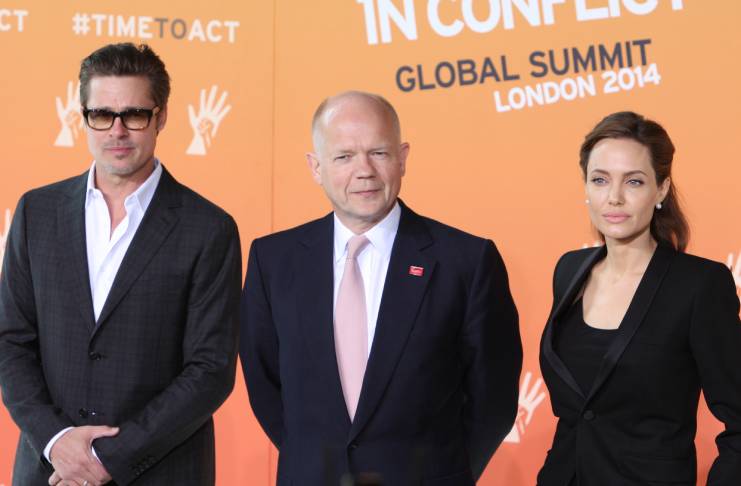 Life & Style claimed that Pitt extended an olive branch at the Maleficent: Mistress of Evil star. But it was only recently that Jolie accepted the gesture.

The A-listers, allegedly, spoke to each other on the phone. And for the first time in years, their adult conversation didn’t feature a screaming match.

“Angie and Brad recently spoke at length. She admitted that he’s changed. It was an adult conversation. There was no screaming or blaming. Brad and Angie have buried the hatchet. They went from a great love affair to hating each other and now they’ve made amends, for the sake of their kids,” the unnamed source said.

However, there are no concrete pieces of evidence that can confirm that these hearsays are correct as of this writing. After all, Pitt and Angelina Jolie don’t always talk about their divorce during their interviews.

Angelina Jolie talks about her divorce

But Jolie surprised fans when she talked about the end of her marriage to Pitt. The Unbroken director filed for divorce from Pitt in 2016.

While speaking with Vogue, Jolie said that divorcing Pitt was the right thing to do.

“I separated for the well-being of my family. It was the right decision. I continue to focus on their healing. Some have taken advantage of my silence, and the children see lies about themselves in the media, but I remind them that they know their own truth and their own minds. In fact, they are six very brave, very strong young people,” Angelina Jolie said.