In 2005, Angelina Jolie and Brad Pitt were cast in the film and the rest was history for the Hollywood A-listers. Shortly after they wrapped up filming, Jolie and Pitt made their relationship official. Prior to this, Pitt divorced Jennifer Aniston.

Angelina Jolie hints at her past marriages

While speaking with Vanity Fair, Jolie revealed that her first two failed marriages inspired her portrayal of Jane in the movie.

“It was a study in partnership and the things that could go wrong and the things we fight through. At the end of the day, it’s can they work as a team? And do they have each other’s backs?” Jolie said. 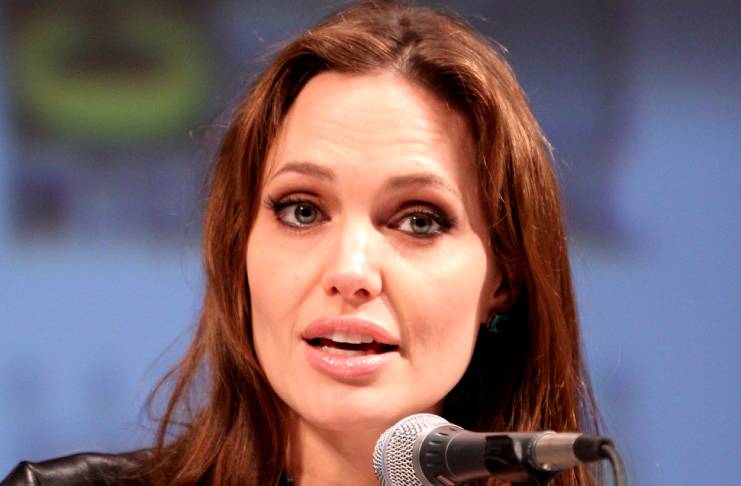 Angelina Jolie has a knife collection

During her interview with Extra, Jolie admitted that her real-life traits as someone who is closed off and detached added to her interest in portraying the character of Jane.

In the movie, Jolie had to throw knives but this isn’t something new that she had to learn. The Maleficent: Mistress of Evil actress said that she already knew how to throw knives.

Jolie also has a penchant for collecting knives and most of them were Cambodia. In fact, Jolie also had a room in her home in the United Kingdom dedicated to the storage and display of her knife collection.

But one thing that Angelina Jolie had to learn before filming her fight scenes in Mr. & Mrs. Smith was how to use a gun.

“We went to gun training, which is actually one of the most dangerous things two actors can do. We would go to rifle ranges and actually compete with each other,” Jolie said in reference to Pitt.

And Jolie proudly revealed that she did one of the dangerous stunts in the movie. During her appearance on Today Show, Jolie talked about challenging herself.

“I happened to get this stunt that suited me. But, yeah, I was a little unsure about something the first time I went down and my coat flew off and I thought, ‘Oh, I have no pants on. I have no pants on and there’s just a crowd of people on the floor,’” Jolie hilariously revealed.

Following the success of Mr. & Mrs. Smith, the people behind it thought that a television spinoff would also become a huge hit. However, the spinoff failed.

According to Screenrant, the spinoff didn’t become a hit because it lacked the charisma of the original film. It also didn’t star Angelina Jolie and Pitt.