Angelina Jolie recently encouraged the public to look out for each other amid the coronavirus pandemic.

During her interview with California Surgeon General Dr. Nadine Burke Harris via a conference video for Time, the mom of six also said that it is important to keep in touch with family and friends during the lockdown.

“I think it is so important that people hear that. To love each other, check-in with each other. Be there, be a support group, keep your eyes open whether you are a teacher or a friend,” Jolie said.

Brad Pitt’s ex-wife also pleaded with the public to be more observant and to reach out to others.

Since kids are not going to school now, Jolie said that teachers cannot see which ones have bruises. As such, no one knows what’s really happening in their homes.

Harris asked Jolie what motivates her to continue standing as a witness and to not look away. The actress said that there was a time in her life when she became more aware of what was happening in the world.

This was when Jolie started opening up and hoping that she was being useful to other people.

In the past, the “Maleficent: Mistress of Evil” star also revealed that she used to write in her journal a lot, and she would also cry all the time. But after meeting a grandmother, Jolie became more motivated to help instead of just keeping to herself. 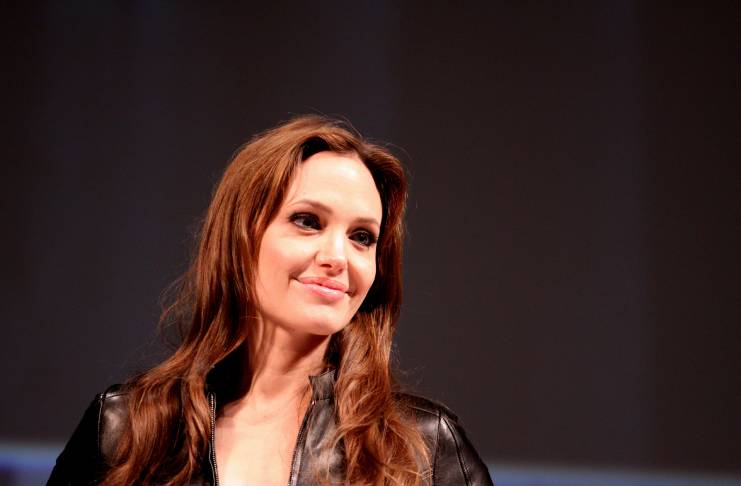 Jolie also penned an article for Time, where she detailed her conversation with Mariane Pearl. Jolie talked about the death of Pearl’s husband, Danny, under the hands of terrorists in Pakistan.

The court in Pakistan recently overturned the convictions of the four men accused of killing Danny. They are guilty of kidnapping but not murder.

“The facts are clear and those responsible for Danny’s death belong in prison,” Mariane said.

Jolie also asked the activist about her son, Adam, who grew up playing with the actress and Pitt’s eldest child, Maddox Jolie-Pitt.

The doting mom recalled how Adam and Maddox used to watch the “Jungle Book” at Mariane’s apartment in New York while they tried to make pasta.

Mariane’s husband passed away while she was pregnant with Adam. Jolie asked if she made a promise to herself or to Danny that helped get her through it all.

The activist said that she promised to guard her son’s integrity and freedom fiercely.