While speaking with Vogue in 2007, Angelina Jolie acknowledged the fact that things moved quickly for her and Pitt. At that time, the couple already had three children but they weren’t married.

The Maleficent: Mistress of Evil star that their eldest child, Maddox contributed in speeding things up a bit for her and Pitt.

“There was a coming together of him and Brad. It’s a big thing to bring together a child and a father. It had never crossed my mind that Mad was going to need a father – certainly not that it would be this man I just met. Until, of course, I got to know Brad and realized that he is naturally just a wonderful father. And we left a lot of it up to Mad, and he took his time, and then he made the decision one day,” Jolie shared.

It was during the couple’s vacation that Maddox called Pitt “dad” out of the blue. The young boy was playing with his cars on the hotel room floor, and he just called Pitt “dad.”

Angelina Jolie and Pitt both heard what Maddox said but they just looked at each other and didn’t say anything. Shortly after, Maddox started calling the actor dad and the former couple just allowed him to do so.

Jolie described it as the defining moment in their relationship and the moment that they decided to become a family. 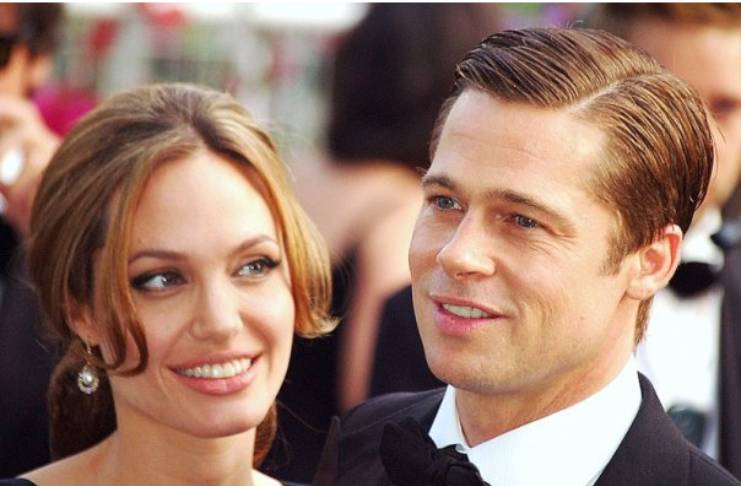 The Unbroken director also talked about Jennifer Aniston in the interview. The interviewer asked if she has ever met the Friends star and Jolie initially said no.

However, she quickly retracted her statement by saying that they met once before. However, it wasn’t a proper meeting.

“You asked if I ever met Jennifer and I said no. I did, but it was not a proper meeting. We’ve like, passed each other, and said “hi” briefly, shook hands. But not a real sit-down-and-talk kind of meeting,” Jolie said.

When the interviewer asked Jolie if she’s open to meeting Aniston, she said that it would be the latter’s decision. And she would welcome it.

Rumors about Jolie and Aniston feuding have been rife throughout the past couple of years. However, The Morning Show star shut them down.

While speaking with Entertainment Tonight, Aniston called the feud rumors “silly.” She also urged everyone to stop pitting her against Angelina Jolie because the premise has been tiresome and old.