Angelina Jolie recently shared the main reason behind her split with Brad Pitt.

Angelina Jolie and Brad Pitt were one of Hollywood’s A-list couples. However, the couple ended up divorcing each other in 2016.

Despite this, the news and reports about their relationship have continued to gaze upon their ties. Aside from this, allegations and speculations centering on their lives today have also continued to develop.

It is not surprising why fans and followers have remained intrigued by their split. As it happened, the couple gave no clear reasons as to why they ended up breaking-up each other. They just announced back then that it is due to “irreconcilable differences,” according to BBC.

But, recently, the Maleficent actress has, reportedly, shone a new light about her split to Brad Pitt. As reported, she revealed the main reason why they ended up their marriage.

In her recent interview with Vogue India, Angelina Jolie explained the real reason, according to EnStars. As pointed out, the actress, reportedly, decided to divorce Brad Pitt “for the sake” of their six kids.

Angelina and Brad share six kids. They are Maddox, Pax, Sahara, and Shiloh, plus the twins, Knox Leon and Vivienne Marcheline.

The actress then said that she “separated for the well-being” of her family. “It was the right decision,” she added. 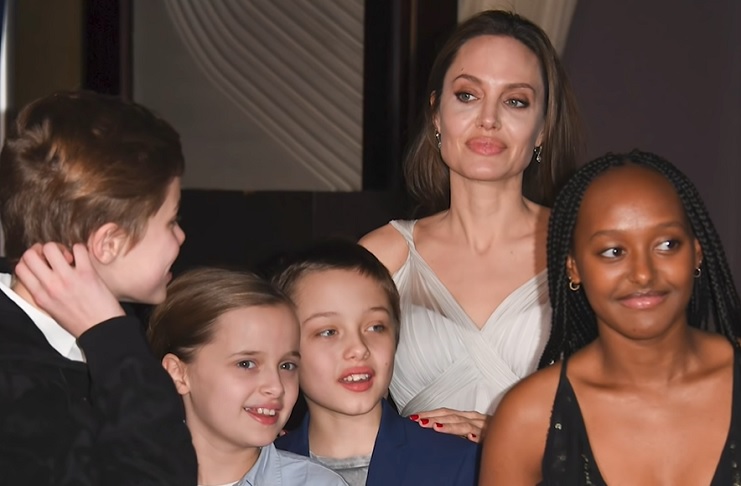 She discussed her children’s role in her healing

Upon revealing her side regarding the split, Angelina Jolie then, reportedly, went to touch matters relating to her kids. Reports said that she “acknowledged how brave and strong” they are amid all the spotlight. “I continue to focus on their healing,” the actress said.

Alongside her children’s healing, she also talked about her own well-being. She went on to explain how her six kids have become “instrumental in her healing” following the heartbreak from her split, according to Harper’s Bazaar.

The Salt actress also asserted that her “lovely” kids helped her find her “true self,” which she said she lost following her split to Brad Pitt. In the end, though, she said that motherhood is an “amazing journey.”

Angelina and Brad are now in “better place”

Despite all the controversies and feuds that emerged between her and Brad, they are now in a much “better place,” as per Entertainment Tonight. They are now, reportedly, cooperating with each other in raising their six children, especially these days amid the pandemic crisis.

Sources added that Angelina Jolie and Brad Pitt have now become “far more reaching” in comparison to the start of their split.