According to Celebs Now, Angelina Jolie told her ex-husband that she has been struggling after their divorce. An unnamed source claimed that Jolie decided to unblock Pitt’s number from her phone, and she contacted him first. However, no concrete pieces of evidence can prove that these hearsays are true four years after the story was first published.

“Angelina is finding things tough and is questioning her decision to cut Brad out of her life. For the first time since the split, she’s unblocked Brad’s number from her phone – and she’s the one who is contacting him,” the unnamed source claimed, as per Celebs Now.

The insider also claimed that the Maleficent: Mistress of Evil star cracked days before she gave her post-divorce interview.

“She can’t help but feel the only person she truly trusted in the world is gone from her life for good. Just two nights before the interview, she sent Brad a message saying she doesn’t want to continue living their life through a team of lawyers and would like to spend more time with him – even if it’s not as a married couple. She suggested she and the kids could have him over for a family day and they could put on a more united front while making it clear they’re not getting back together,” the unnamed source said. 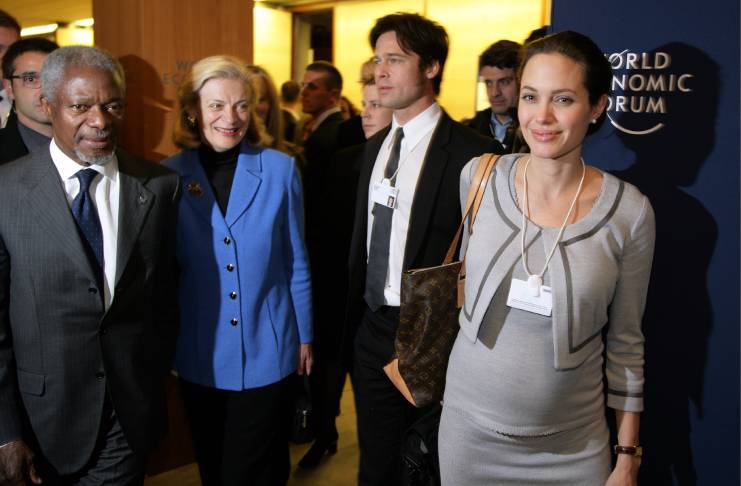 The insider also claimed that Pitt saw this as the first step to win back Angelina Jolie. Back then, the A-listers’ six children were, allegedly, unaware that their parents were in touch.

Four years ago, Us Weekly also published a similar story claiming that Jolie blocked Pitt after she filed for divorce. An unnamed source also said that Pitt was blindsided by Jolie’s decision to end their marriage. However, this claim hasn’t also been proven up to this writing.

“He is beside himself and has been crying. He was completely caught off-guard and blindsided and had no idea she would do this. Angelina filed the court papers a minute before the courts closed on Monday night. He didn’t have a lawyer or anything. She had threatened divorce in the past but he did not think she would file this time,” the source said, as per Us Weekly.

Over the years, Angelina Jolie and Pitt’s relationship has improved. The same publication reported that the former couple has become more cordial than ever.