Angelina Jolie has once again been pitted against Brad Pitt and Jennifer Aniston.

But this time around, the rumors surrounding their alleged feud involved the actress’ dad: Jon Voight.

According to Globe, Voight, who has been estranged from Jolie for years, wants the “Maleficent: Mistress of Evil” star to bury the hatchet with Pitt and Aniston.

A source told the tabloid that Voight couldn’t stand how his daughter has been taking out her revenge on the people that he cares about. Voight is, reportedly, close to his former son-in-law, Pitt.

The source went on to say that Voight adores all six of his grandchildren with Pitt and Jolie. He also loves the “Ad Astra” star that’s why he feels that there’s a need for him to speak up. 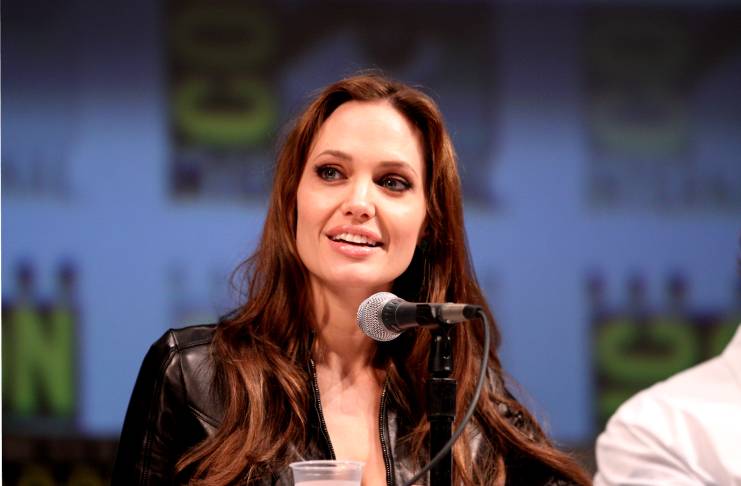 But according to the rumor-debunking site Gossip Cop, the claims made by the tabloid are nothing more than just a fabricated story.

Jolie’s dad has never involved himself in the actress’ previous relationship with Pitt, and Voight has no say when it comes to Jolie and Aniston’s alleged feud.

Last week, the same tabloid also claimed that Jolie was threatening to drag Aniston in court because of the latter’s relationship with Pitt.

However, Aniston and Pitt have not gotten back together.

Speculations regarding the real state of Aniston and Pitt’s relationship have been rife ever since the former couple reunited at an awards show months ago.

But sources close to the A-listers have confirmed time and again that they are just friends.

According to Entertainment Tonight, Aniston started going back into the dating scene last year and Pitt has also done the same.

However, both have not been in a serious relationship.

Over the holidays, the former couple also reunited at the party that Aniston hosted for her friends.

A source revealed that Pitt was one of the first people to arrive and was the second to the last person to leave the gathering.

“[They] have a wonderful connection that might seem flirtatious at times. They dig each other’s sense of humor and have infectious energy when they’re together, but they insist things are purely platonic and nothing more than that,” a second source told Us Weekly.

Pitt and Aniston tied the knot in 2000, but they announced their divorce just five years later. Shortly after, Pitt and Jolie started dating after they were cast in “Mr. & Mrs. Smith.”