“Animal Crossing: New Horizon” soars on top, smashing the record as the fastest-selling Nintendo Switch game ever in the UK.

Debuting straight to No.1 in the UK charts, the game reportedly sold more physical copies than all the previous “Animal Crossing” games combined.

The actual physical sales data has yet to be released, but the game’s latest installment is confirmed to be 3.5 times bigger than the previous game “Animal Crossing: New Leaf.”

Aside from the previous installments of the game series, “Animal Crossing: New Horizon” is currently the biggest launch of the Nintendo Switch since the device first came out. The total sales are also expected to grow once the tally for digital sales comes in. 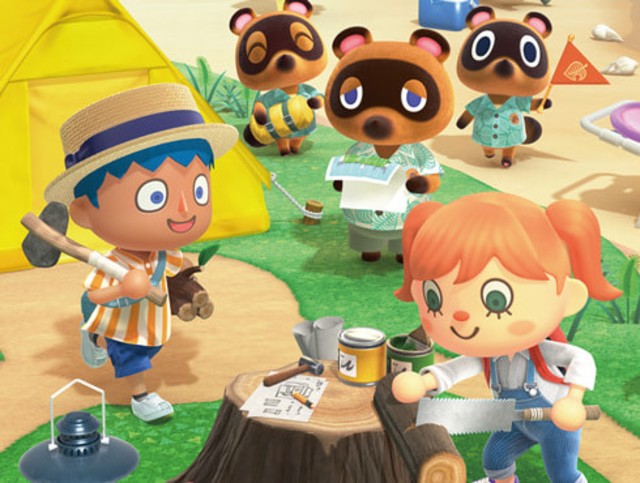 New Horizon: What’s in the game?

“Animal Crossing” games all start the same. The player takes a human character and moves to an island with talking animals. For the previous installments, the user takes the role of a mayor or a villager. However, the player starts from scratch on “New Horizon.”

Players start the game with an airport, a small tent, and two companions on the deserted island. It is now up to the player to build infrastructures, farm crops, and fish on the sea. Basically, it is the player’s job to turn the island into a fully grown community.

According to the game’s director Aya Kyogoku, the game was created to start from scratch to give a different feel for the players.

“When we thought about changing those relationships between the user and the animals, we thought, ‘Well, what if we take away the village?’ Putting the player on a deserted island is the solution we came up with,” said the director during her interview with The Verge.

A new goal system called “Nook Miles” is also added in the game. It is the in-game currency that can be used to purchase in-game items. “Nook Miles” can be earned by doing simple tasks such as pulling weeds, chatting with neighbors, and even fishing.

Crafting is another feature that has been added to the game. Players now have the option to customize their own island by opting to gather materials and creating their own furniture or equipment.

Kyogoku said that adding crafting forces users to spend time on the game and it builds a new relationship with nature.

Game customization is one of the strengths of the “Animal Crossing: New Horizon.” Customization from previous games is limited, but this time, the inclusion of multiplayer gameplay gives more sense to customizing a player’s look. It makes the game more personal because players can now customize their characters.

The COVID-19 outbreak increased the demand for games over the past few days. The total combined sales of physical and digital copies of New Horizon will arrive next week. The upcoming data is expected to push “Animal Crossing” further to the top of the charts.