BNA: Brand New Animal, a new anime series produced by Trigger, will be making its worldwide debut on Netflix on June 30.

The animated TV series was originally released in Japan last April, with Netflix’s Japan region subsequently picking up the show about a month later.

So how come the rest of the world will have to wait until June 30 to see the series? Well, the last episode of the show will be broadcasting on Japanese TV on June 24. So Netflix just chose to release the show worldwide on its platform six days after the fact.

The setting is the 21st century, and all sorts of beast people have now come out in the open, to the surprise and at times, dismay, of ordinary human beings.

Michiru now has to go to Anima City, a place where beast people like her can go about their business without worrying about being bothered by humans.

In Anima City, she encounters Shirou Ogami, a wolf beast person who happens to hold a serious grudge against non-beast folks.

The series basically follows her adventures in Anima City, as she tries to navigate life as a beast person, while at the same time, try to find answers as to why she transformed into a tanuki beast.

The folks behind the production

As mentioned earlier, BNA: Brand New Animal is a production from anime company Studio Trigger, or Trigger for short.

Hardcore otakus might be familiar with Trigger, who also produced past hits like Kill la Kill and the Little Witch Academia TV series.

As for BNA, the show is directed by Yoh Yoshinari (Little Witch Academia), who is working from a script written by Kazuki Nakashima (of Kill la Kill and Gurren Lagann fame). 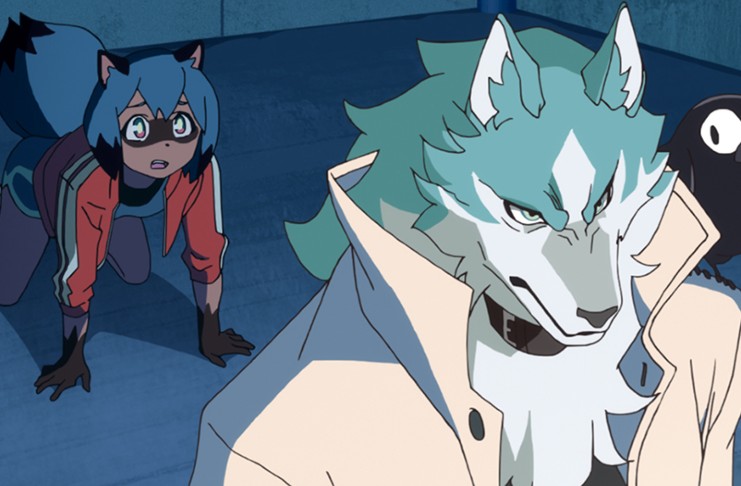 The rest of the production crew also features plenty of experience. Concept art was done by artist extraordinaire Genice Chan, while the character designs were done by Yusuke Yoshigaki (Ninja Slayer From Animation and Space Patrol Luluco).

As for the musical score, the series tapped the talents of mabanua, who also did Megalobox and Kids on the Slope. Singer Sumire Morohoshi, who also voices Michiru, performed the opening theme song Ready To, while AAAMYYY did the same for the ending theme song Night Running.

Apart from BNA: Brand New Animal, Netflix subscribers who are fond of anime can also look forward to the fourth season of Seven Deadly Sins: Wrath of the Gods, which will be arriving in July later this year.

Pokemon fans might be delighted to know that next month, Pokemon Journeys will be premiering on the streaming platform as well.

More than a week ago, Netflix also confirmed that it is renewing the hit series Haikyuu for a fifth season, although no release date has been announced yet.

Image 1 and Image 2 courtesy of BNA