Bitmain, a leading manufacturer of cryptocurrency mining hardware, has confirmed that its Antminer E3 is no longer mining Ethereum Classic (ETC) and that ETH only has a month left.

Technology is often a double-edged sword, as it helps fuel innovation but can also become obsolete far quicker than one would hope.

Such a case is now happening with cryptocurrency mining in regards to Ethereum Classic (ETC), as 2Miners is reporting that the Antminer E3 is no longer mining ETC. 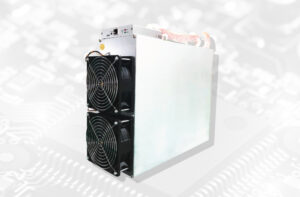 Produced by industry giant Bitmain, the Antminer E3 was once dubbed as the world’s most powerful hardware for mining Ether. It was released back in 2018 with an initial price tag of roughly $800. That price later shot up to $1,800.

The Antminer E3 was the only Ethash algorithm ASIC miner developed by Bitmain, and it had provided better profitability when compared to a standard GPU mining rig.

However, last February 21, miners have been reporting that the hash rate for the E3 mining ETC had dropped dramatically.

2Miners began looking into the issue and what they found was not good for cryptocurrency miners.

The report revealed that all the Ethereum Classic mining pools reported the same hash rate drop. This drop was due to the large size of the DAG file, which is generated for every new mining epoch of 30,000 blocks. This file gets bigger with every mining epoch. 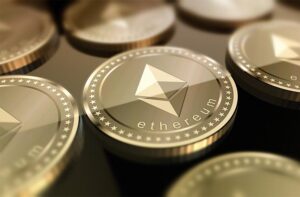 When 2Miners contacted Bitmain about the ETC issue, they received the following reply:

“E3 miner is a 4G video card. E3 is related to the algorithm, and DDR capacity is up to the upper limit, so E3 will not be able to continue mining. The meaning is E3 only can mine to January 2020, then will not mine again.”

The result is that the Antminer E3 is no longer mining Ethereum Classic since January of this year. As for Ethereum, it is expected that it will stop being mined around April 8, 2020.

The future for ETC and Bitmain

ETC is currently ranked the 16th cryptocurrency in the world by market cap, standing at just over US$1.08 billion [AU$1.6 billion]. There is a circulating supply of just over 116 million coins.

As for Bitmain, the cryptocurrency mining company has faced issues of its own over the last year. The company was hit with recent layoffs, which may hit a full 50% before the next Bitcoin halving.

Bitmain has experienced upper echelon disorder as executive director Ketuan Zhan was removed from his position in October 2019 and replaced by co-founder Jihan Wu.

At the time, Wu sent out an email that said, “Any Bitmain staff shall no longer take any direction from Zhan, or participate in any meeting organized by Zhan.”

Mariah Carey: 5 shocking revelations she unleashed on her memoir